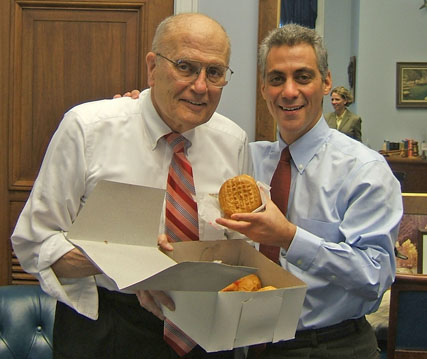 "Rahm Israel Emanuel" is an United States/American politician who serves as the 55th Mayor of Chicago. A member of the Democratic Party (United States)/Democratic Party, Emanuel was elected in 2011, becoming Chicago's first Jewish mayor.

Born in Chicago, Emanuel is a graduate of Sarah Lawrence College and Northwestern University. Working early in his career in Democratic politics, Emanuel was appointed as director of the finance committee for Bill Clinton's Bill Clinton presidential campaign, 1992/1992 presidential campaign. In 1993, he joined the Clinton administration, where he served as the Assistant to the President for Political Affairs and as the Senior Advisor to the President for Policy and Strategy before resigning in 1998. Beginning a career in finance, Emanuel worked at the investment bank Wasserstein Perella & Co. from 1998 to 2002 and served on the board of directors of Freddie Mac.

If you enjoy these quotes, be sure to check out other famous politicians! More Rahm Emanuel on Wikipedia.

Absolutely not. I had none.

All the chemistry for a big election is beginning to take shape. 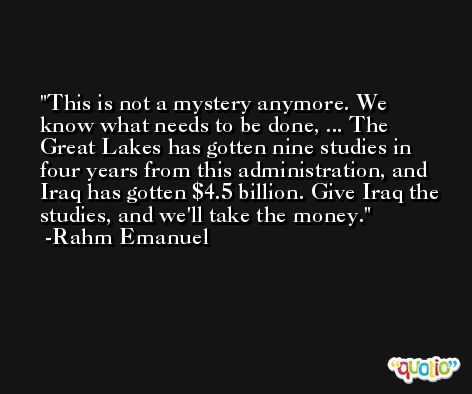 We're at the very beginning stages of this, not at the end.

This is going to test whether moderate Republicans are really moderate. There are a ton of people who will have a day of reckoning coming. 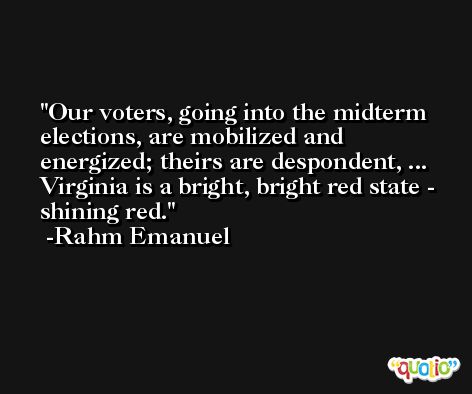 Instead of a State of the Union address, the president kicked off his re-election campaign. His speech was long on rhetoric and short on resources.

The president wanted an open and honest discussion .... the full transcript will be made available. 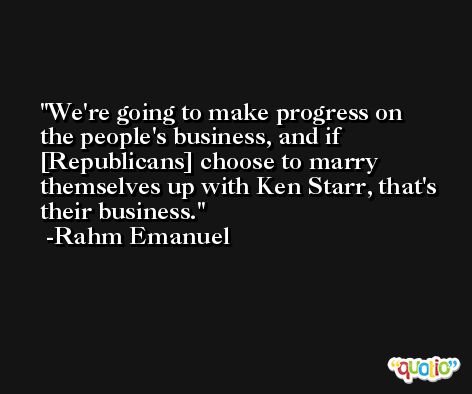