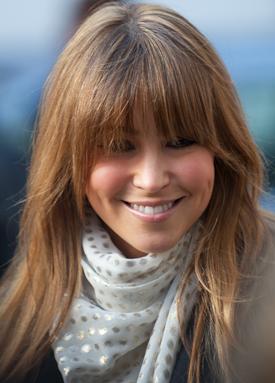 "Rachel Lauren Stevens" is an English singer-songwriter, actress, television presenter, model and businesswoman. She was a member of the pop group S Club between 1999 and 2003. She released her solo debut studio album Funky Dory in September 2003. The album reached number nine on the UK album chart and the British Phonographic Industry (BPI) awarded it with a music recording sales certification/gold certification in October 2003. Two singles, "Sweet Dreams My LA Ex" and "Funky Dory (song)/Funky Dory", were initially released from the album: "Sweet Dreams My LA Ex" peaked at number two in the UK and received a silver certification from the BPI. In July 2004, Stevens released the single "Some Girls (Rachel Stevens song)/Some Girls" as a charity record for Sport Relief, and the single's success prompted Polydor to re-issue Funky Dory with three new songs. Come and Get It (Rachel Stevens album)/Come and Get It, her second studio album, was released in October 2005. It peaked at #28 in the UK, and two of its three singles reached the Top 10. Between 2005 and 2008, Stevens starred in some films, including Suzie Gold, Spider-Plant Man, Deuce Bigalow: European Gigolo and Glendogie Bogey.

If you enjoy these quotes, be sure to check out other famous musicians! More Rachel Stevens on Wikipedia.

I would love to work with someone like Kevin Spacey as he could pass on what I need to learn.

I'd love to break America, like all artists do. It's a lot of work but, you know, it's got to be done! 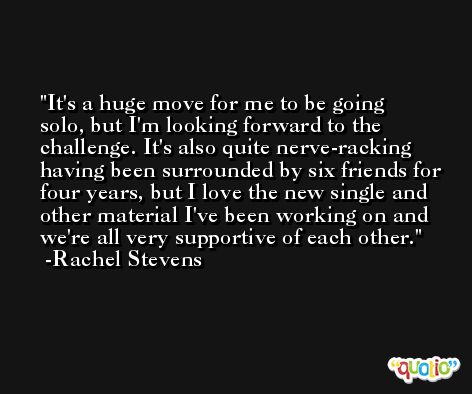 I Said Never Again (But Here We Are).

In S Club I played a role in a band, but now I can go off and be me - My horizon's wide open now. It's scary and it's daunting, but it's an absolute thrill. I feel brand new!