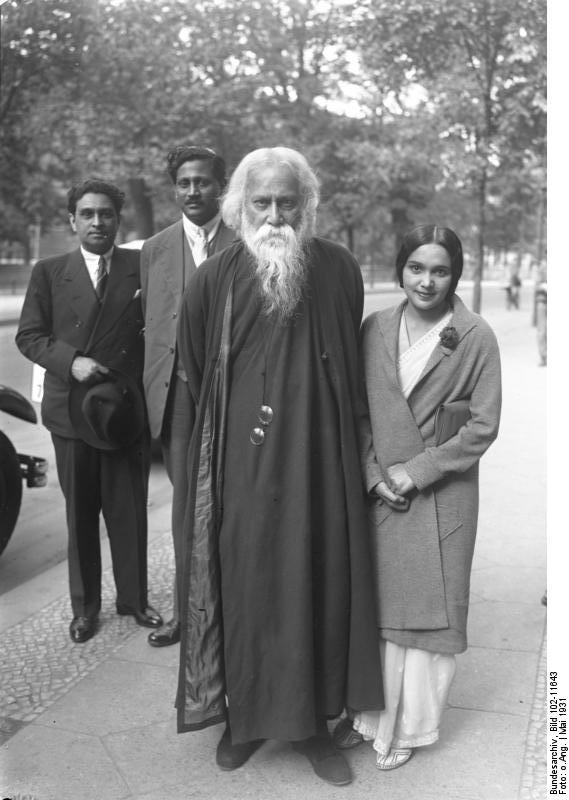 "Rabindranath Tagore", also written Rab?ndran?tha Th?kura, (7 May 1861 – 7 August 1941), sobriquet "Gurudev", was a Bengali people/Bengali polymath who reshaped Bengali literature and Music of Bengal/music, as well as Indian art with Contextual Modernism in the late 19th and early 20th centuries. Author of Gitanjali and its "profoundly sensitive, fresh and beautiful verse", he became the first non-European to win the Nobel Prize in Literature in 1913. In translation his poetry was viewed as spiritual and mercurial; however, his "elegant prose and magical poetry" remain largely unknown outside Bengal. Tagore introduced new prose and verse forms and the use of colloquial language into Bengali literature, thereby freeing it from traditional models based on classical Sanskrit. He was highly influential in introducing the best of Indian culture to the West and vice versa, and he is generally regarded as the outstanding creative artist of the modern Indian subcontinent, being highly commemorated in India and Bangladesh, as well as in Sri Lanka, Nepal and Pakistan.[http://tribune.com.pk/story/552101/tribute-tagore-belongs-to-all-south-asians/ Tribute: ‘Tagore belongs to all South Asians’ – The Express Tribune]

If you enjoy these quotes, be sure to check out other famous poets! More Rabindranath Tagore on Wikipedia.

Trees are Earth's endless effort to speak to the listening heaven. 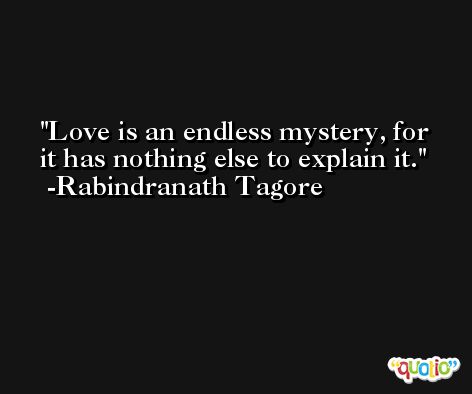 Let your life lightly dance on the edges of Time like dew on the tip of a leaf.

Love is the only reality and it is not a mere sentiment. It is the ultimate truth that lies at the heart of creation. 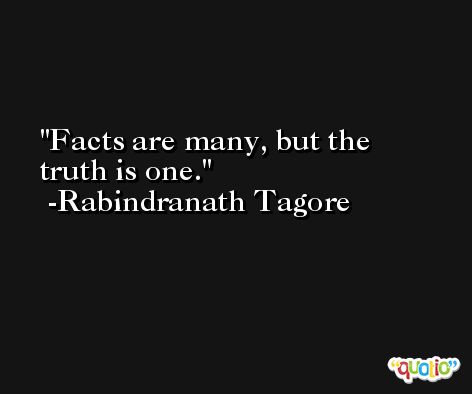 LOVE'S GIFT cannot be given, it waits to be accepted. 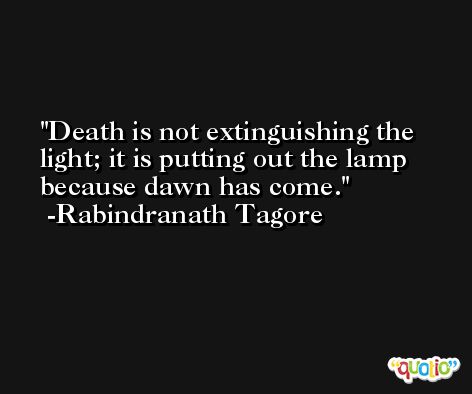 It is very simple to be happy, but it is very difficult to be simple.

Death is not extinguishing the light It is simply putting out the lamp Because the dawn has come.