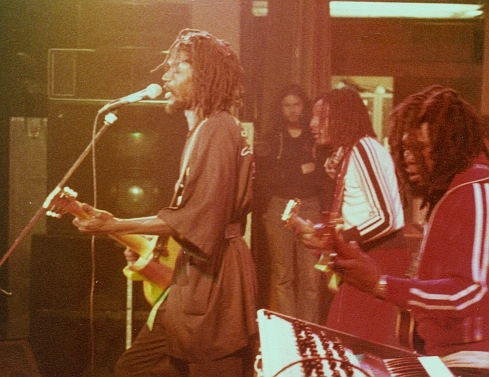 "Peter Tosh", Jamaican Order of Merit/OM was a Jamaican reggae musician. Along with Bob Marley and Bunny Wailer he was one of the core members of the band The Wailers (1963-1974 band)/The Wailers (1963–1974). After which he established himself as a successful solo artist and a promoter of Rastafari movement/Rastafari. He was murdered in 1987 during a home invasion.

If you enjoy these quotes, be sure to check out other famous musicians! More Peter Tosh on Wikipedia.

I am not a politician..I only suffer the consequences.

To have the truth in your possession you can be found guilty, sentenced to death. 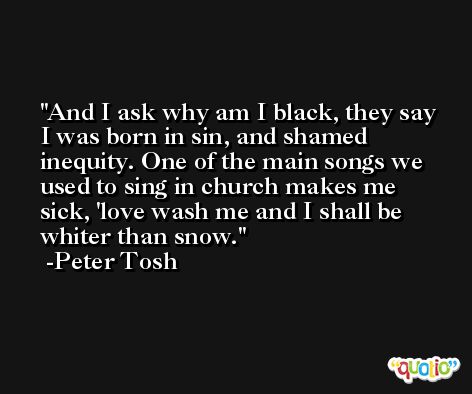 I've got to pick myself up Dust myself off And start all over again....

I'm on my way to happiness. Where I can find some peace and rest. 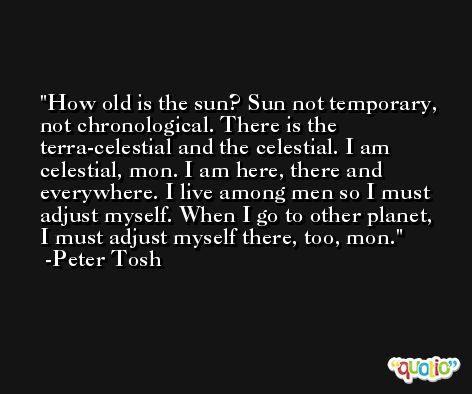 Soon the earth will tilt on its axis and begin to dance to the reggae beat to the accompaniment of earthquake. And who can resist the dance of the earthquake, mon? 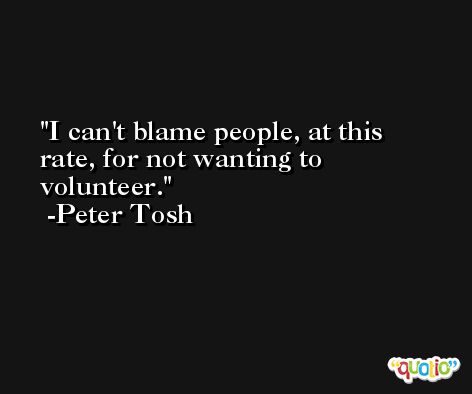