"Peter" ""Pete"" "Seeger" was an American folk singer and activist. A fixture on nationwide radio in the 1940s, he also had a string of hit records during the early 1950s as a member of the Weavers, most notably their recording of Lead Belly's "Goodnight, Irene", which topped the charts for 13 weeks in 1950. Members of the Weavers were blacklisted during the McCarthyism/McCarthy Era. In the 1960s, he re-emerged on the public scene as a prominent singer of protest song/protest music in support of nuclear disarmament/international disarmament, civil rights, Counterculture of the 1960s/counterculture and environmentalism/environmental causes.

If you enjoy these quotes, be sure to check out other famous musicians! More Pete Seeger on Wikipedia.

In a few lines of poetry he captured one of the great contradictions of the world: the heroism of people doing something, even knowing it was a crazy something. And he showed how the establishment has used music for thousands of years to support its way of thinking.

Little boxes made of ticky-tacky, and they all look just the same. 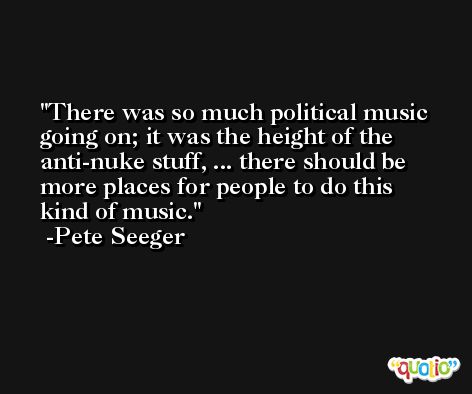 Education is when you read the fine print. Experience is what you get if you don't.

John Hammond persuaded Columbia to put it out as a single, and it was the only one I ever had that sold more than 20,000. 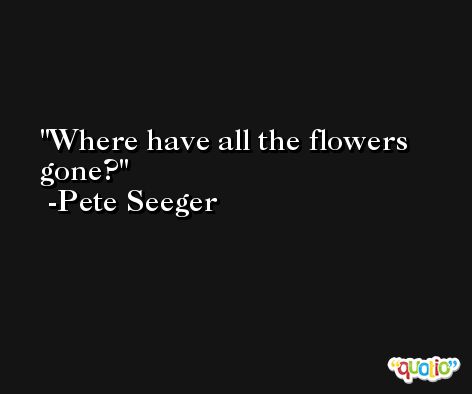 Throughout history, the leaders of countries have been very particular of what songs should be sung. We know the power of songs.

Songs won't save the planet, but neither will books or speeches. Songs are sneaky things; they can slip across borders.

Not everybody has to sing the melody.