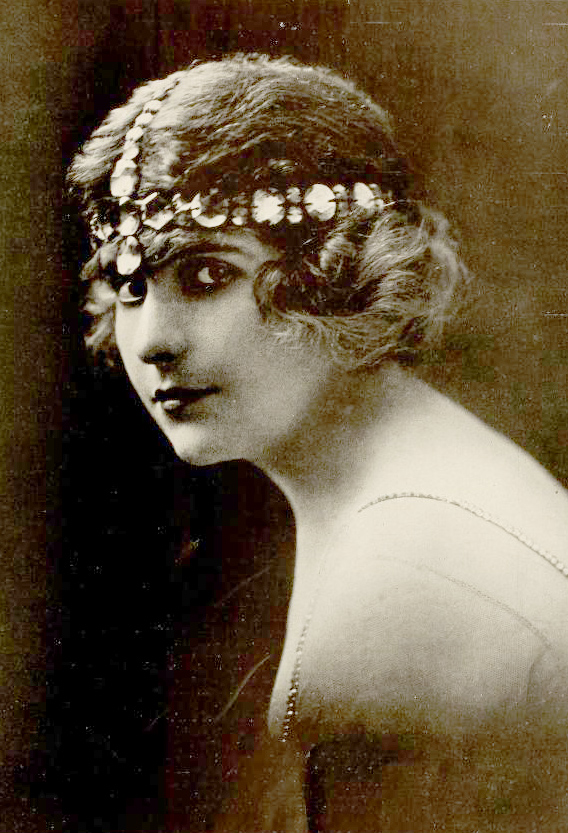 "Pearl Fay White" was an American stage and film actress. White began her career on the stage at the age of six, and later moved on to silent films appearing in a number of popular serial film/serials.

If you enjoy these quotes, be sure to check out other famous musicians! More Pearl White on Wikipedia.

I struck on the top of my head, displacing several vertebrae. The pain was terrible. For two years I simply lived with osteopaths, and to this day I have some pretty bad times with my back.

All the home I know is a hotel. Why, I don't even have a dog... I don't know the first thing about cooking or taking care of a house.

The thing you've got to watch for is going broke when you're old. Look at all the people that go down and out at the finish. The man who built my country place is blind now and penniless. That's terrible!

It is born to every Western girl to like outdoor life and to do all kinds of wild, daring things. 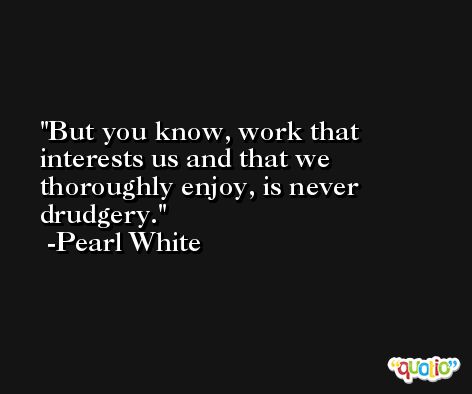 Oh, if people only knew how this business has grown.

I got a sweet little telephone call from my director to the general effect that we can't fall behind in our schedule... I had to go-and leave behind me all the pleasures of a snow-white bed, and candy and flowers, and the other lovely things that make illness a positive privilege. 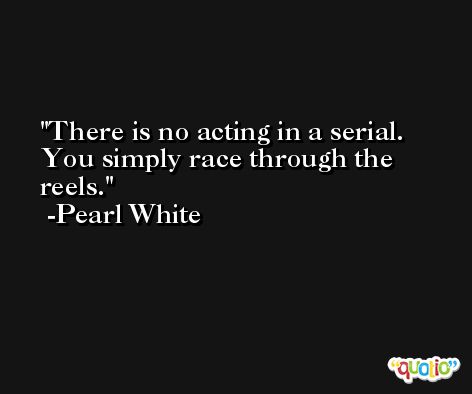 People who've been around Bobby for a while view him as normal, ... Not many could overcome what he has, but Bobby has and can walk. He just does it differently.

Determination is what separates him from others. It's hard to deny him. 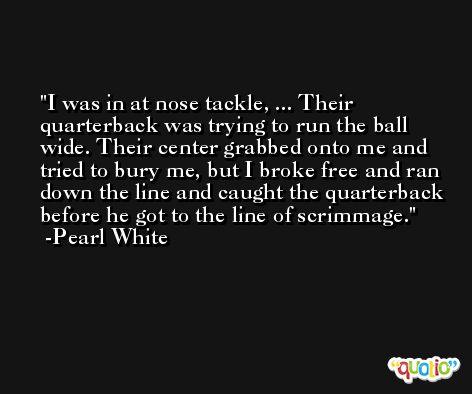