"Paul Whitehead Sturrock" is a Scottish association football/football coach (sports)/manager who last served as manager of Southend United F.C./Southend United between 2010 and 2013.

His son, Blair Sturrock/Blair, is also a professional footballer.

We've learned how to lose, sometimes gracefully, so we've got to learn how to start winning again.

That was long overdue. There's been tension in his play because of the lack of goals but in the last two games he's been outstanding in running the line and his hold-up play. 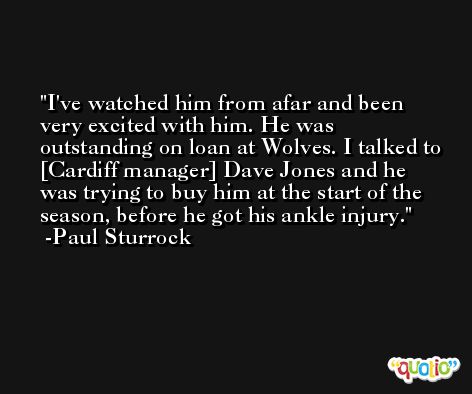 I'm gutted for the lad and the boy himself is inconsolable. Hopefully we'll have him back for the start of next season.

It makes it 100% harder by our result and their result in midweek. 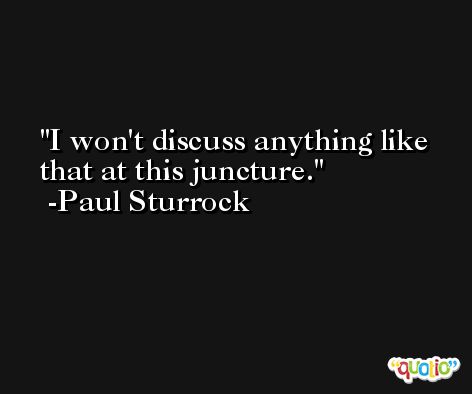 The expectation levels have gone up again so we've got to be very guarded in our approach and appreciative of the things that we worked on in midweek.

He became available and I'm very pleased to get him and obviously it's cost us money, so I'm grateful to the chairman for that. 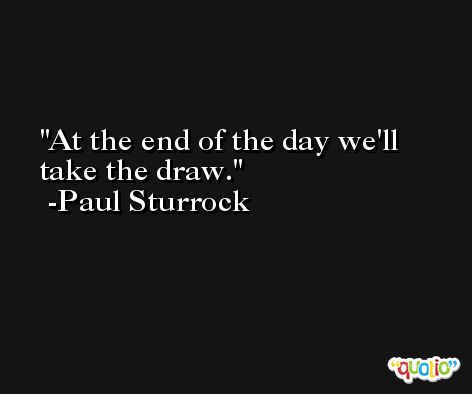