"Paul Eldridge" was an American poet, novelist, short story writer and teacher. The son of Leon and Jeanette Eldridge (née Lafleur), he was born in Philadelphia, Pennsylvania on May 5, 1888. He later married a fellow writer, Sylvette de Lamar (author of a 1932 novel Jews and the Cross). He received his B.S. from Temple University in 1909, his Master of Arts (postgraduate)/M.A. from the University of Pennsylvania in 1911, and a doctorate from the University of Paris in 1913. He was a teacher of romance languages at the high school level in New York until his retirement in 1945. He was a lecturer on American Literature at the Sorbonne in 1913 and at the University of Florence in 1923. He later was an instructor of English literature at Saint John's College (Philadelphia) in Philadelphia, from 1910-1912, and was a member of the Authors' and Dramatists' League of the Authors' Guild of America.

If you enjoy these quotes, be sure to check out other famous educators! More Paul Eldridge on Wikipedia.

History is the transformation of tumultuous conquerors into silent footnotes.

With the stones we cast at them, geniuses build new roads with them. 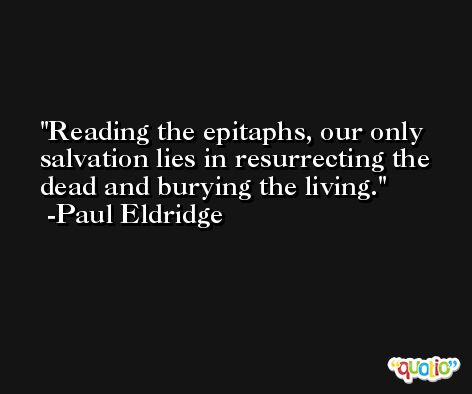 If we were brought to trial for the crimes we have committed against ourselves, few would escape the gallows.

Jealousy would be far less torturous if we understood that love is a passion entirely unrelated to our merits.

In the spider-web of facts, many a truth is strangled.

There are those whose sole claim to profundity is the discovery of exceptions to the rules. 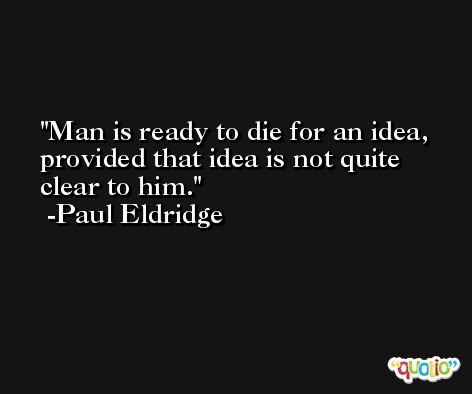 Praises for our past triumphs are as feathers to a dead bird.