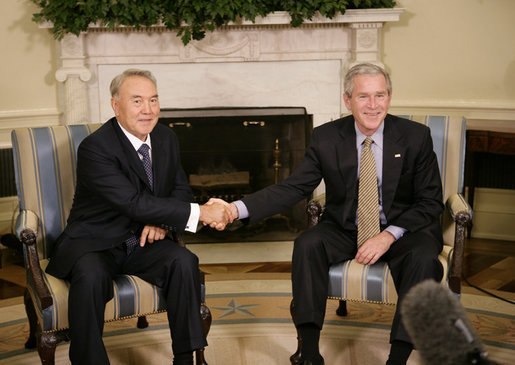 "Nursultan Äbishuly Nazarbayev" is the President of Kazakhstan. He has been the country's leader since 1989, when he was named First Secretary of the Communist Party of Kazakhstan/Communist Party of the Kazakh Soviet Socialist Republic/Kazakh SSR, and was Kazakhstani presidential election, 1991/elected the nation's first president following its independence from the Soviet Union in December 1991. In April 2011, Nazarbayev was Kazakhstani presidential election, 2011/re-elected to another five-year term.

If you enjoy these quotes, be sure to check out other famous politicians! More Nursultan Nazarbayev on Wikipedia.

For centuries we have been living in the society where not laws but people ruled, where there was no legal state.

The terrorists whatever slogans they use have nothing in common with Islam. 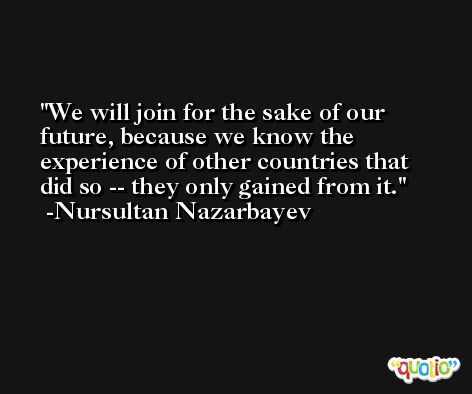 I announced my consent to run for reelection as I intend to continue the policy of consolidating society, bringing stability to our nation and conduct complicated reforms we have just started.

We're working on accession to the WTO very actively. We still have several countries with which we need to conclude agreements and possibly that will happen next year. 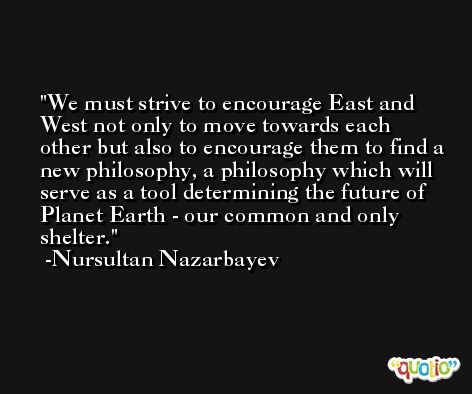 Interethnic and spiritual accord is our strategic resource, the basis for progress of our society and state.

It is extremely important that mass media, having freed from the relics of the Cold War, served for peace and dialogue between nations and religions, the rich and the poor, countries and continents. 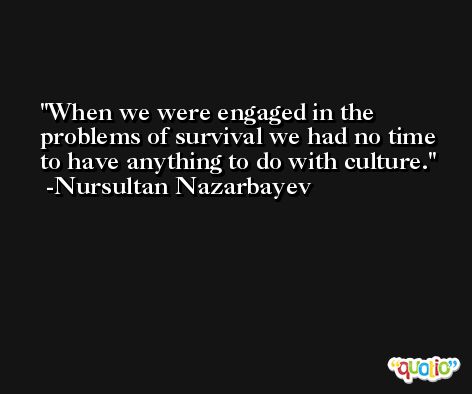