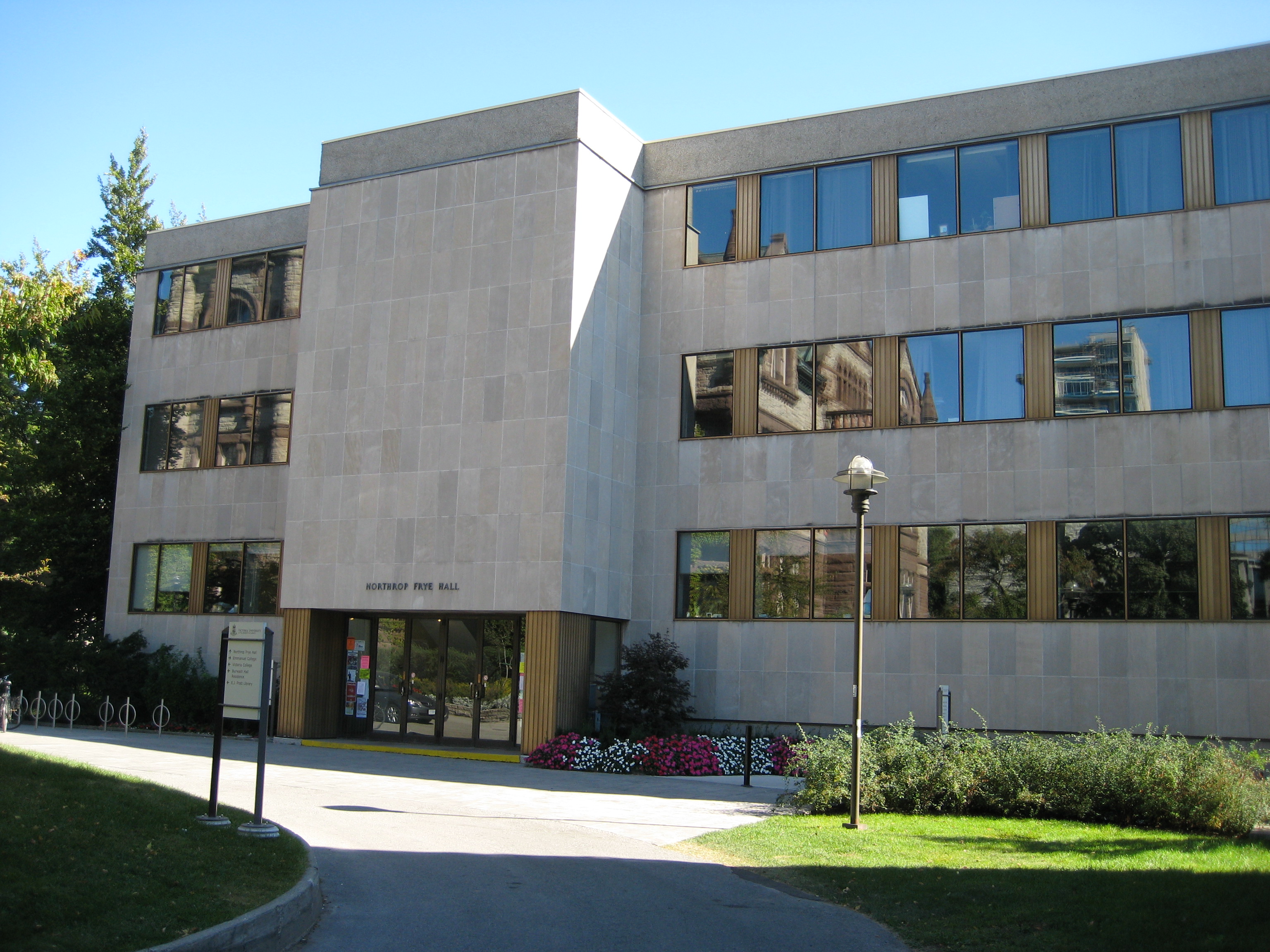 "Herman Northrop Frye", was a Canada/Canadian literary critic and literary theorist, considered one of the most influential of the 20th century.

Frye gained international fame with his first book, Fearful Symmetry (Frye)/Fearful Symmetry (1947), which led to the reinterpretation of the poetry of William Blake. His lasting reputation rests principally on the theory of literary criticism that he developed in Anatomy of Criticism (1957), one of the most important works of literary theory published in the twentieth century. The American critic Harold Bloom commented at the time of its publication that Anatomy established Frye as "the foremost living student of Western literature." Frye's contributions to cultural and social criticism spanned a long career during which he earned widespread recognition and received many honours.

If you enjoy these quotes, be sure to check out other famous critics! More Northrop Frye on Wikipedia.

Popular art is normally decried as vulgar by the cultivated people of its time; then it loses favor with its original audience as a new generation grows up; then it begins to merge into the softer lighting of ''quaint,'' and cultivated people become interested in it, and finally it begins to take on the archaic dignity of the primitive.

The pursuit of beauty is much more dangerous nonsense than the pursuit of truth or goodness, because it affords a stronger temptation to the ego. 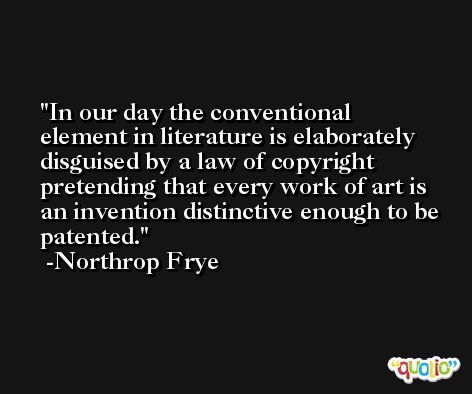 Between religion's ''this is'' and poetry's ''but suppose this is,'' there must always be some kind of tension, until the possible and the actual meet at infinity.

Were art to redeem man, it could do so only by saving him from the seriousness of life and restoring him to an unexpected boyishness.

A reader who quarrels with postulates, who dislikes Hamlet because he does not believe that there are ghosts or that people speak in pentameters, clearly has no business in literature. He cannot distinguish fiction from fact, and belongs in the same category as the people who send checks to radio stations for the relief of suffering heroines in soap operas. 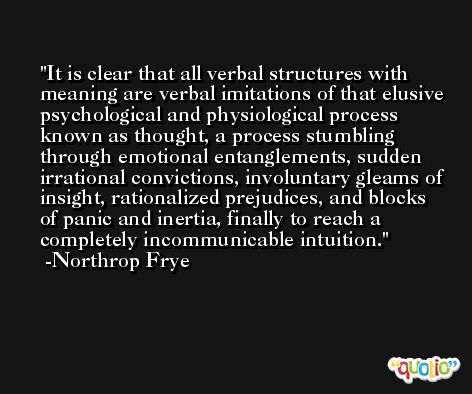