"Nicholas Allan Mangold" is an American football Center (American football)/center for the New York Jets of the National Football League (NFL). He played college football for the Ohio State University, and was drafted in the first round of the 2006 NFL Draft. He is a six-time Pro Bowl selection. According to the New York Times, the Jets are "the only team in the NFL that doesn't have to sacrifice a Guard (American and Canadian football)/guard when facing an elite nose tackle," because of Mangold's "ability to lock and drive from a standstill position."

To be a great team, you have to be perfect in November, that was the point he was emphasizing.

Things weren't clicking for some reason. It just didn't seem like we could get two plays strung together. 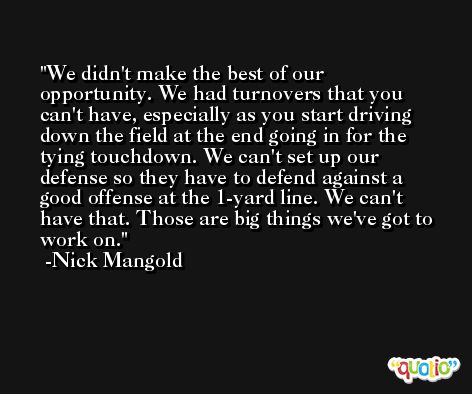 You see that and you see you're going to have to play for 60 minutes. No matter what your lead might be, they can come back real quickly.

Inside the framework of the team, the team knows what the line does, knows how important it is to the success of the team -- to do the job up front. 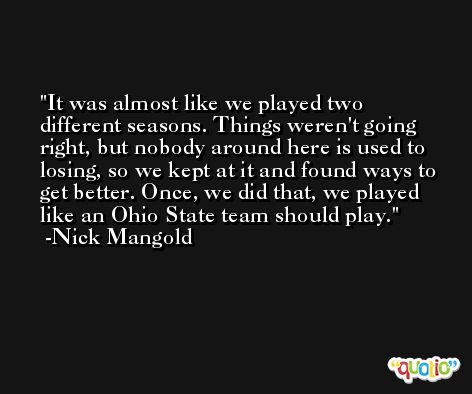 After about one second, he's gone. He's just dancing around, making moves on people.

No way. I don't like those guys too much. 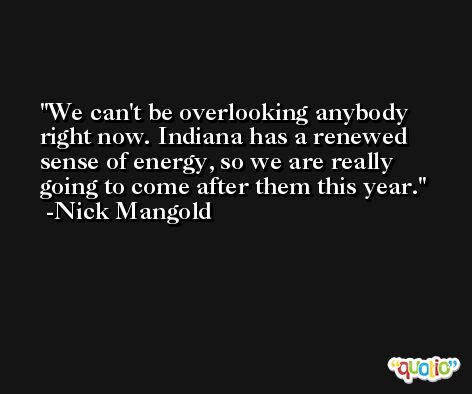