"Nick Atkinson" is a United Kingdom/British singer. He had a #57 hit with Gotta Catch 'Em All as part of 50.Grind and was the lead singer of Rock music/rock band Rooster (band)/Rooster until their split in 2007. In 2008, he co-wrote Boyzone's single "Love You Anyway" with Ronan Keating. In 2010 he began working closely with up and coming singer/songwriter Gabrielle Aplin. She released her debut album English Rain on Parlophone Records in May 2013 and Atkinson has co-writing credits on 7 songs including singles "Please Don't Say You Love Me", "Panic Cord" and "Home (Gabrielle Aplin song)/Home". He works from his writing room The Barn in Hertfordshire and is continuing to write with up and coming talent, such as Saint Raymond, Lauren Aquilina, Tich, and many more.

But we have just found the more we play live in the UK, the more people have started to talk about our music. 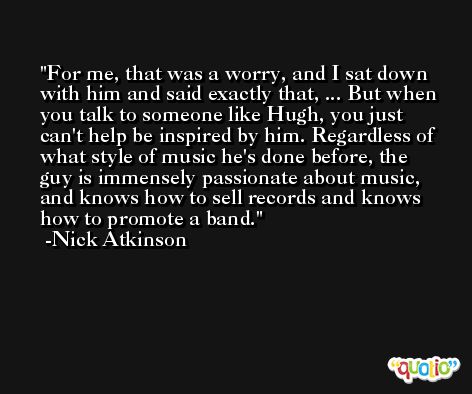 We are back out in Japan touring in November so providing everything is going well, we want to come back here.

In the future we'll have to change our name to the Rats or something. 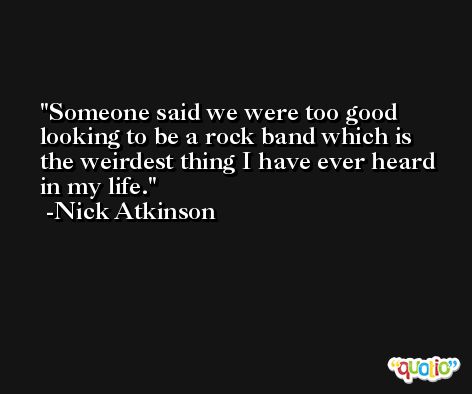 The guys just come to our gigs to pick up girls, if nothing else.

I don't need to go to gamblers anonymous or anything but I like a flutter.