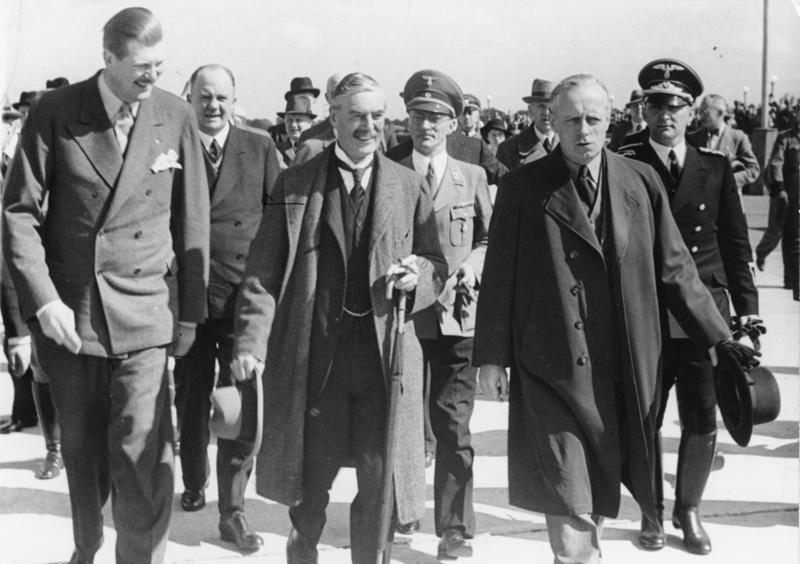 "Arthur Neville Chamberlain" Fellow of the Royal Society/FRS was a British Conservative Party (UK)/Conservative politician who served as Prime Minister of the United Kingdom from May 1937 to May 1940. Chamberlain is best known for his appeasement foreign policy, and in particular for his signing of the Munich Agreement in 1938, conceding the German-populated Sudetenland region of Czechoslovakia to Nazi Germany/Germany. However when Adolf Hitler continued his aggression by invasion of Poland/invading Poland, Britain declared war on Germany on 3 September 1939, and Chamberlain led Britain through the first eight months of World War II.

If you enjoy these quotes, be sure to check out other famous politicians! More Neville Chamberlain on Wikipedia.

This morning the British Ambassador in Berlin handed the German Government a final note stating that, unless we heard from them by eleven o'clock that they were prepared at once to withdraw their troops from Poland, a state of war would exist between us.

It has always seemed to me that in dealing with foreign countries we do not give ourselves a chance of success unless we try to understand their mentality, which is not always the same as our own, and it really is astonishing to contemplate how the i. 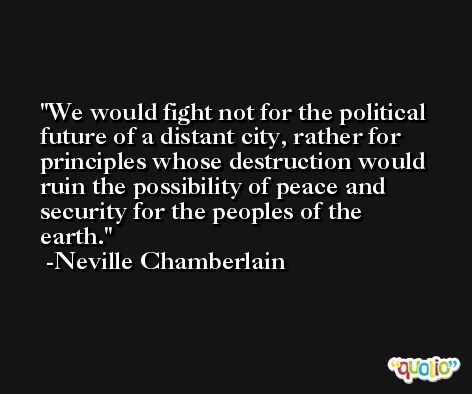 I believe it is peace for our time . . . peace with honour.

Whatever the reason -- whether Hitler thought he might get away with what he had got without fighting for it, or whether it was that after all the preparations were not sufficiently complete -- however, one thing is certain, he missed the bus. 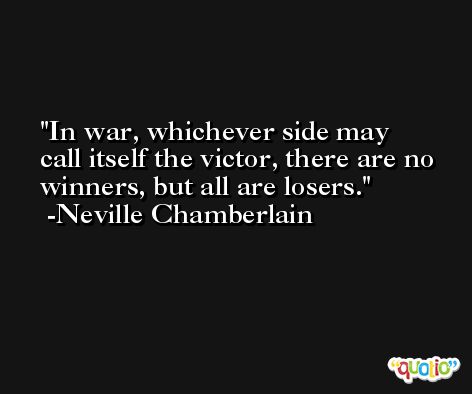 We should seek by all means in our power to avoid war, by analyzing possible causes, by trying to remove them, by discussion in a spirit of collaboration and good will. I cannot believe that such a program would be rejected by the people of this country, even if it does mean the establishment of personal contact with the dictators.