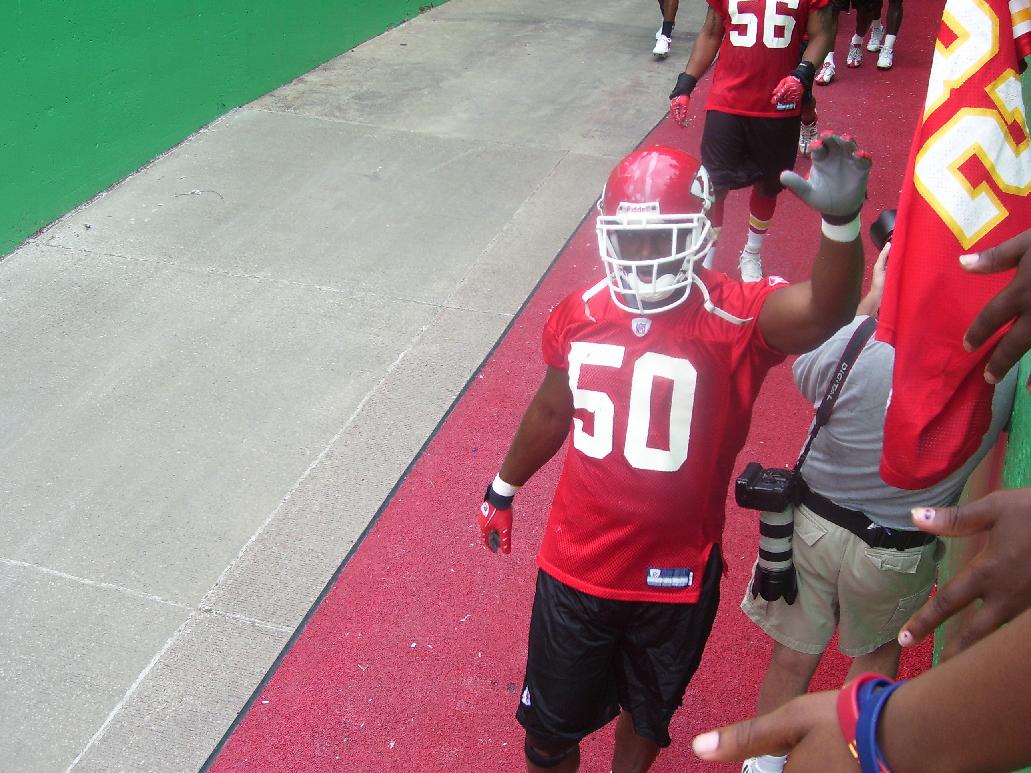 Prior to his service in the Illinois Senate he was a linebacker in the National Football League for a total of seven seasons with the Oakland Raiders, the Minnesota Vikings and Kansas City Chiefs at various times.

As a matter of fact, in our Super Bowl year in 2002 we went to Denver on a four-game losing streak, ... Rod Woodson took an interception back 98 yards for a touchdown and really silenced the crowd. It was like that in Pittsburgh, too, the same year and in Buffalo. The fans were really on us and we went up there and got it done.

Like they say, experience is the best teacher, ... Hopefully, some of the guys who have been through those situations can help pull some of these other guys through.