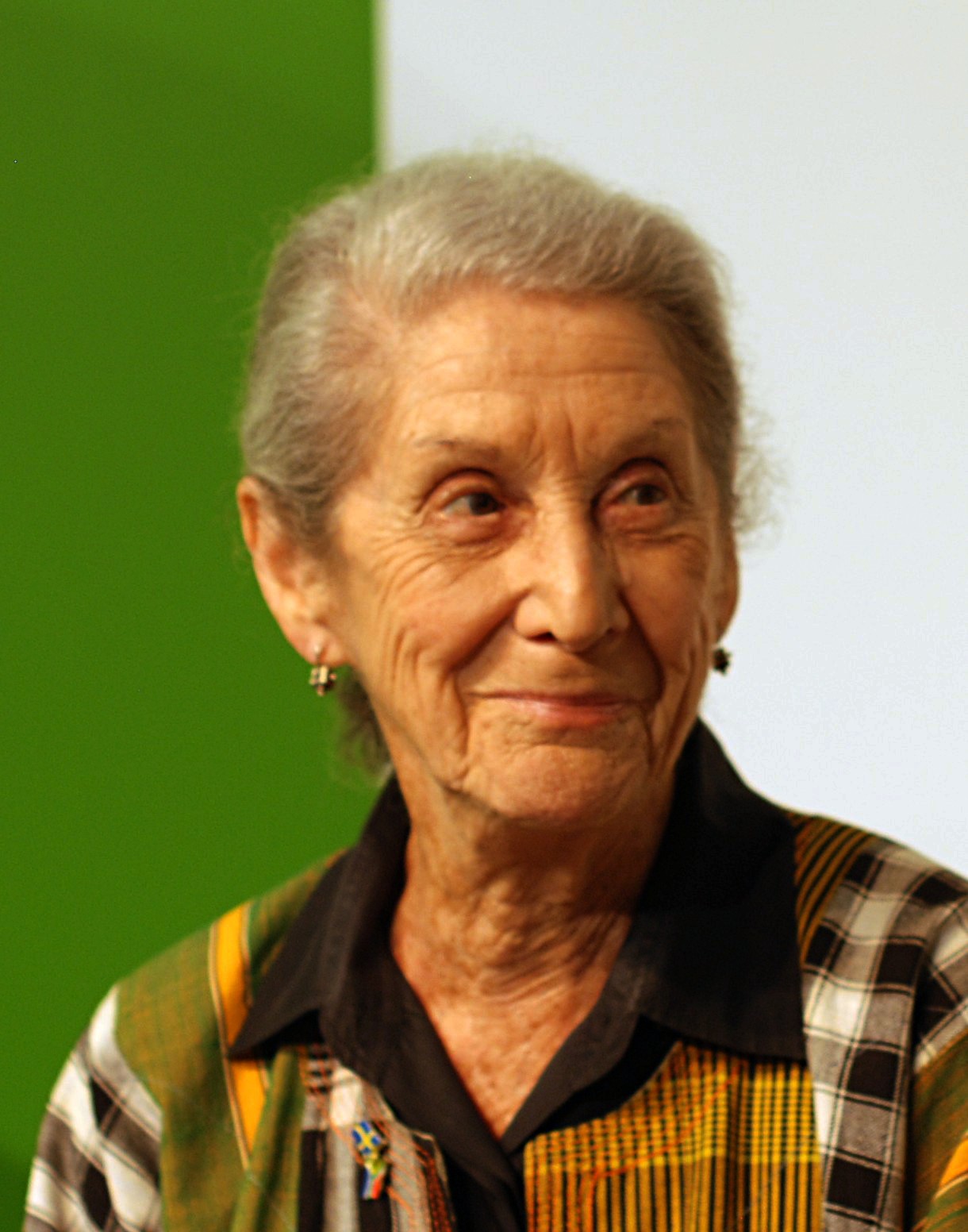 "Nadine Gordimer" was a South African writer, political activist and recipient of the 1991 Nobel Prize in Literature. She was recognized as a woman "who through her magnificent epic writing has – in the words of Alfred Nobel – been of very great benefit to humanity".

Gordimer's writing dealt with moral and racial issues, particularly apartheid in South Africa. Under that regime, works such as Burger's Daughter and July's People were banned. She was active in the Anti-Apartheid Movement/anti-apartheid movement, joining the African National Congress during the days when the organization was banned. She was also active in HIV/AIDS causes.

If you enjoy these quotes, be sure to check out other famous novelists! More Nadine Gordimer on Wikipedia.

Responsibility is what awaits outside the Eden of Creativity.

The creative act is not pure. History evidences it. Sociology extracts it. The writer loses Eden, writes to be read and comes to realize that he is answerable. 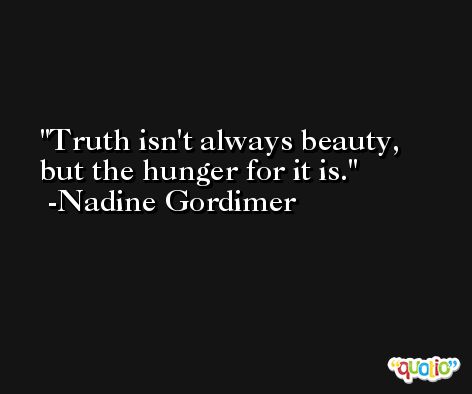 Time is change; we measure its passing by how much things alter.

If people would forget about utopia! When rationalism destroyed heaven and decided to set it up here on earth, that most terrible of all goals entered human ambition. It was clear there'd be no end to what people would be made to suffer for it. 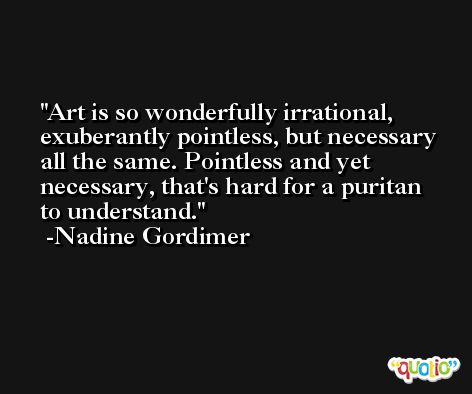 Censorship is never over for those who have experienced it. It is a brand on the imagination that affects the individual who has suffered it, forever.

Mumbling obeisance to abhorrence of apartheid is like those lapsed believers who cross themselves when entering a church. 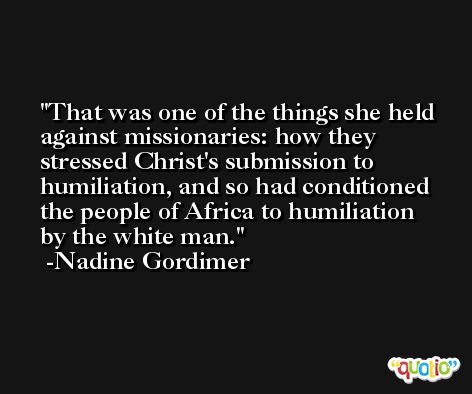