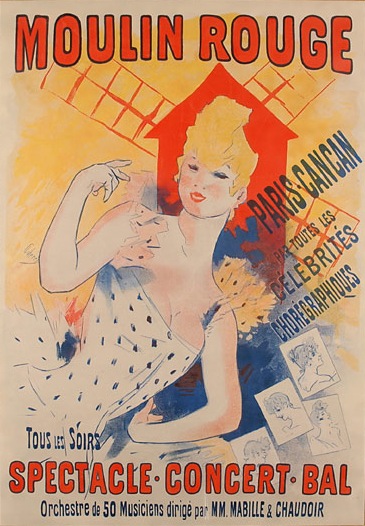 "Moulin Rouge" is a cabaret in Paris, France.

The house was co-founded in 1889 by Charles-Joseph Zidler/Charles Zidler and Joseph Oller, who also owned the Paris Olympia. Close to Montmartre in the Paris district of Quartier Pigalle/Pigalle on Boulevard de Clichy in the 18ème arrondissement, Paris/18th arrondissement, it is marked by the red windmill on its roof. The closest métro station is Blanche (Paris Métro)/Blanche.

Moulin Rouge is best known as the spiritual birthplace of the modern form of the can-can dance. Originally introduced as a seductive dance by the courtesans who operated from the site, the can-can dance revue evolved into a form of entertainment of its own and led to the introduction of cabarets across Europe. Today, the Moulin Rouge is a tourist attraction, offering musical dance entertainment for visitors from around the world. The club's decor still contains much of the romance of fin de siècle France.

We are creatures of the underworld. We can't afford to love!The Children of the revolution.

You expect me to believe, that scantily-clad, in the arms of another man, in the middle of the night, in an elephant you were rehearsing? 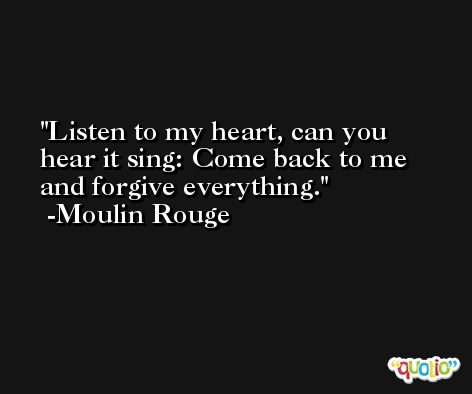 The greatest thing in the world is to be in love and be loved in return. 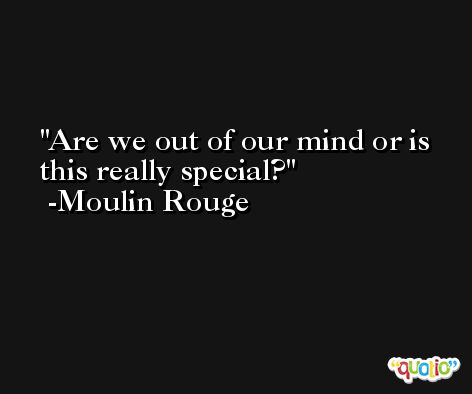