"Michael Otis Chandler", is a former driver in the Champ Car/CART Championship Car series. He raced in the 1980-1984 seasons, with 9 career starts, and started in the Indianapolis 500 in 1981-1983. A near head-on crash in practice for the 1984 race left him in a coma for several days and prematurely ended his career. He finished in the top ten twice, with his best finish in 4th position in 1981 at Riverside.

General Dynamics has had a great partnership with the Army for many years, from modernizing telecommunications systems at Army bases worldwide to building communications networks inside the Pentagon. We are pleased that the Army has once again chosen General Dynamics' expert engineers and IT professionals to support its information technology requirements. 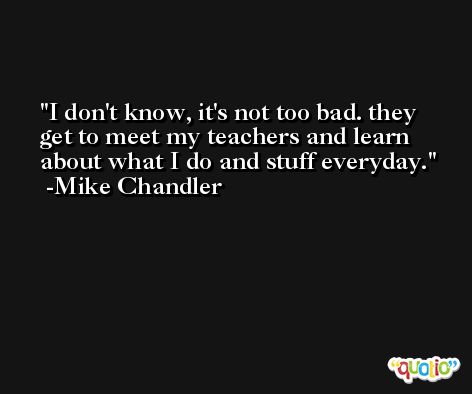 Upon her death (on Aug. 4, 1999) we had about $500 left. Cancer patients and their families are financially strained especially during the first few months of treatment before Social Security and other sources of income kick in, so we used the extra money to begin the Karen Chandler Trust Fund.