Considered one of the best tacticians in the game, Harte is admired both by peers and former rivals. The media have compared him to a :wikt:statesman/statesman for his willingness to unite divided communities in Northern Ireland.

If you enjoy these quotes, be sure to check out other famous musicians! More Mickey Harte on Wikipedia.

My job now is to find a new centre-forward. 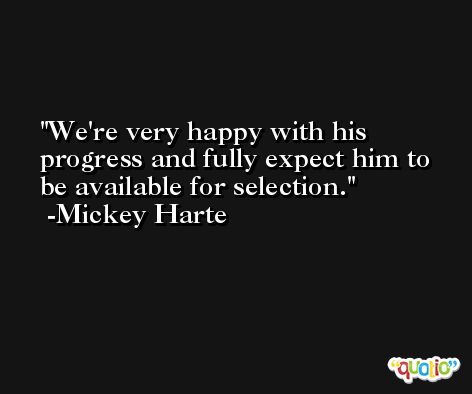 We have looked at players over the course of January and obviously decisions will be based on this. We need midfield cover, that is absolutely essential. It's important too that we plan with players who will be capable of doing a given job on a given day.

Few players cover as much ground as Philip does during the course of a game. He seems to be in perpetual motion and he rarely if ever wastes a ball. 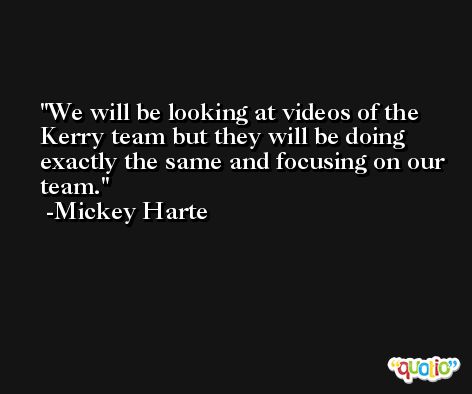 I'm happy that the players are available again. It mightn't be totally accurate to say everyone has got off totally free because. . . players have been in a state of limbo, not knowing whether they could or couldn't play.

We don't have anything spectacular planned for the run-up to the final, just our normal approach.