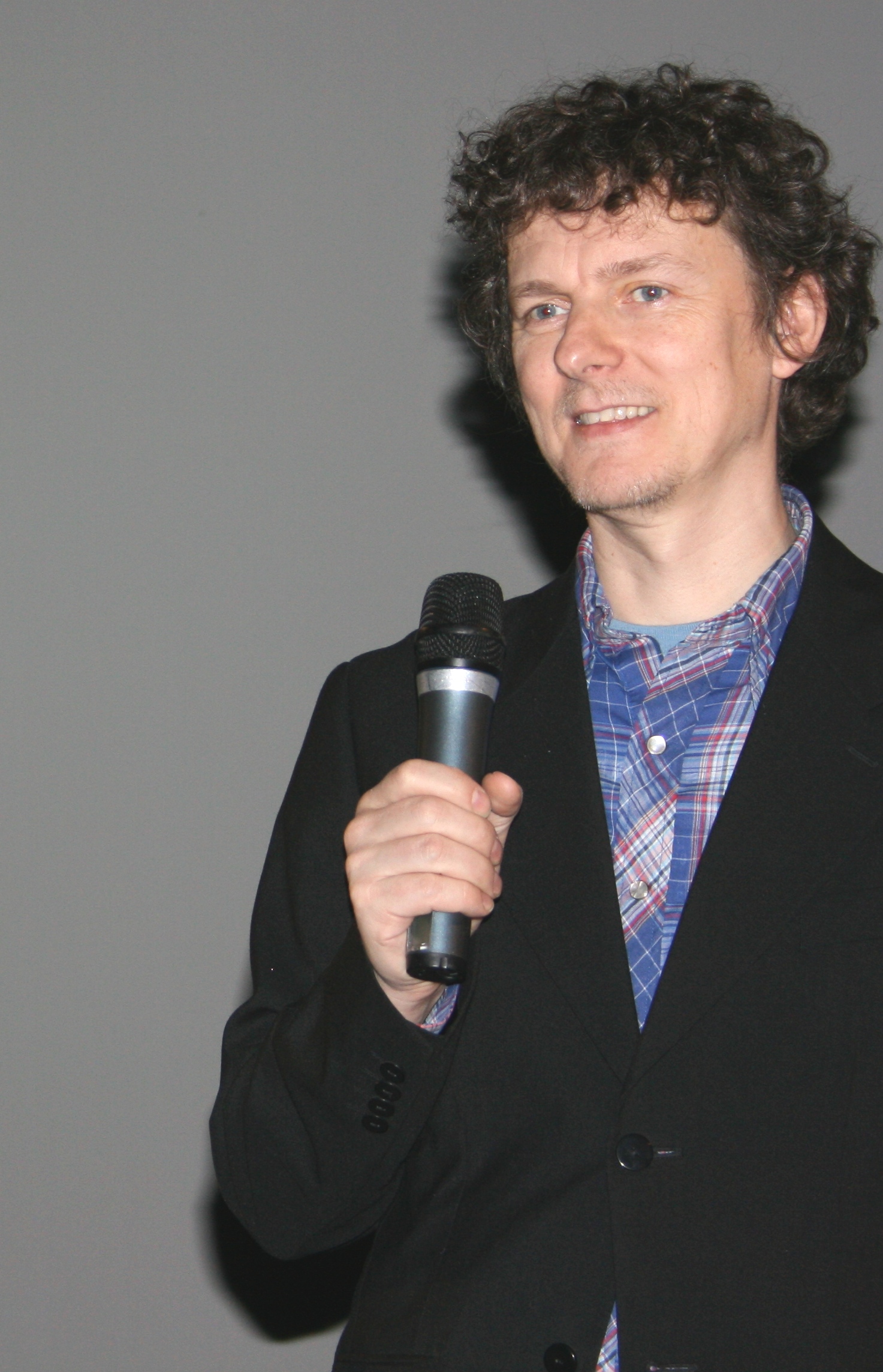 "Michel Gondry" is a French people/French film director, screenwriter, and Producer (film)/producer. He is noted for his inventive visual style and distinctive manipulation of mise en scène. He won an Academy Award for Best Original Screenplay in 2004 as one of the writers of Eternal Sunshine of the Spotless Mind.

If you enjoy these quotes, be sure to check out other famous writers! More Michel Gondry on Wikipedia.

He was everywhere at once.

He doesn't believe he loves his relationship until he dreams it. 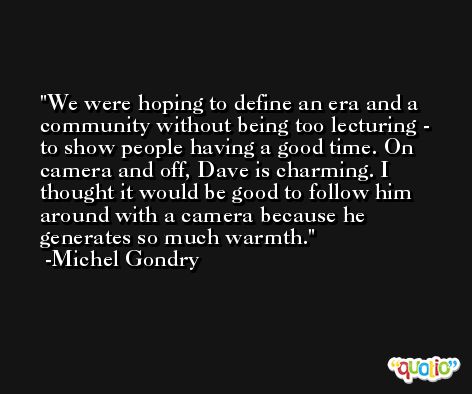 I always had disturbing dreams from when I was a child. Seeing that they disturb me, I might as well make money from it.

When people are very original, sometimes they are original as a way to resist the mainstream. 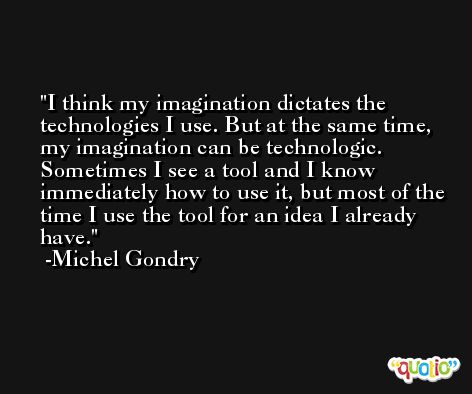 It is not pretentious. It just gives you the feeling you could do it yourself.