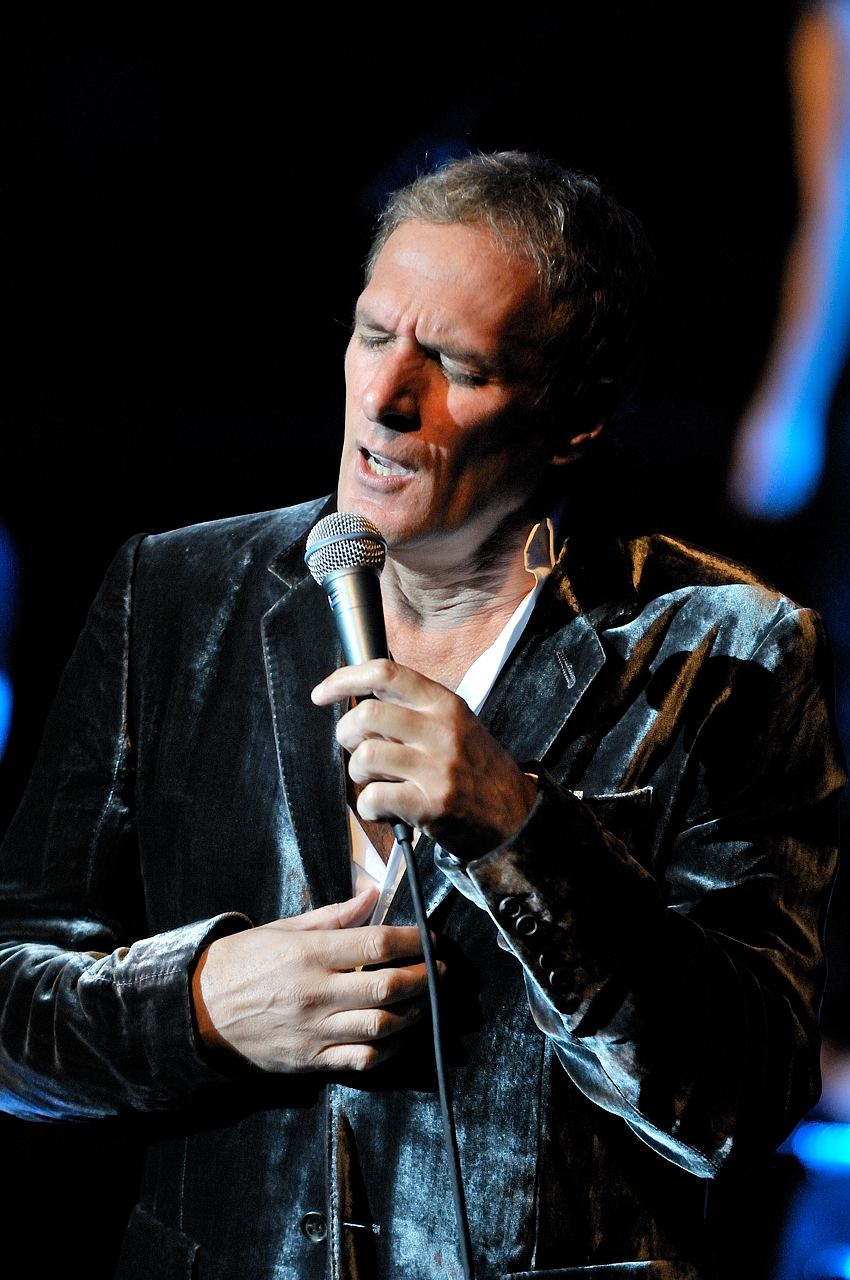 "Michael Bolotin", known professionally as "Michael Bolton", is an Americans/American singer and songwriter. Bolton originally performed in the hard rock and Heavy metal music/heavy metal genres from the mid-1970s to the mid-1980s, both on his early solo albums and those he recorded as the frontman of the band Blackjack (band)/Blackjack. He became better known for his series of pop rock ballads, recorded after a stylistic change in the late 1980s.

If you enjoy these quotes, be sure to check out other famous musicians! More Michael Bolton on Wikipedia.

You cry when you see these kids around the world, ... would never be able to afford the (hearing aids) and had no knowledge they would be able to hear.

Til the End of Forever. 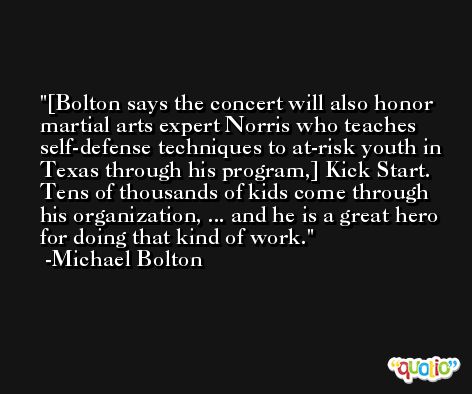 I'm listening to Pavarotti and I'm thinking 'What the hell have I been doing with my voice all these years?! Why haven't I taken my voice as far as I can take it as an instrument?'

This has been five or six years of the most difficult experience of my entire life. 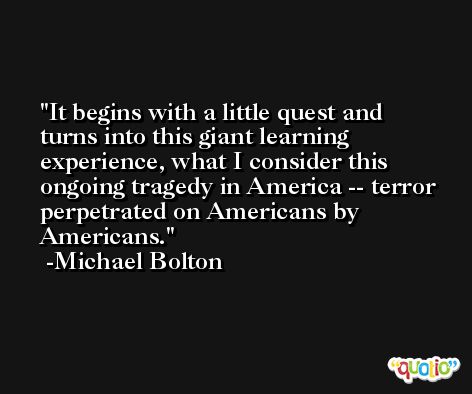