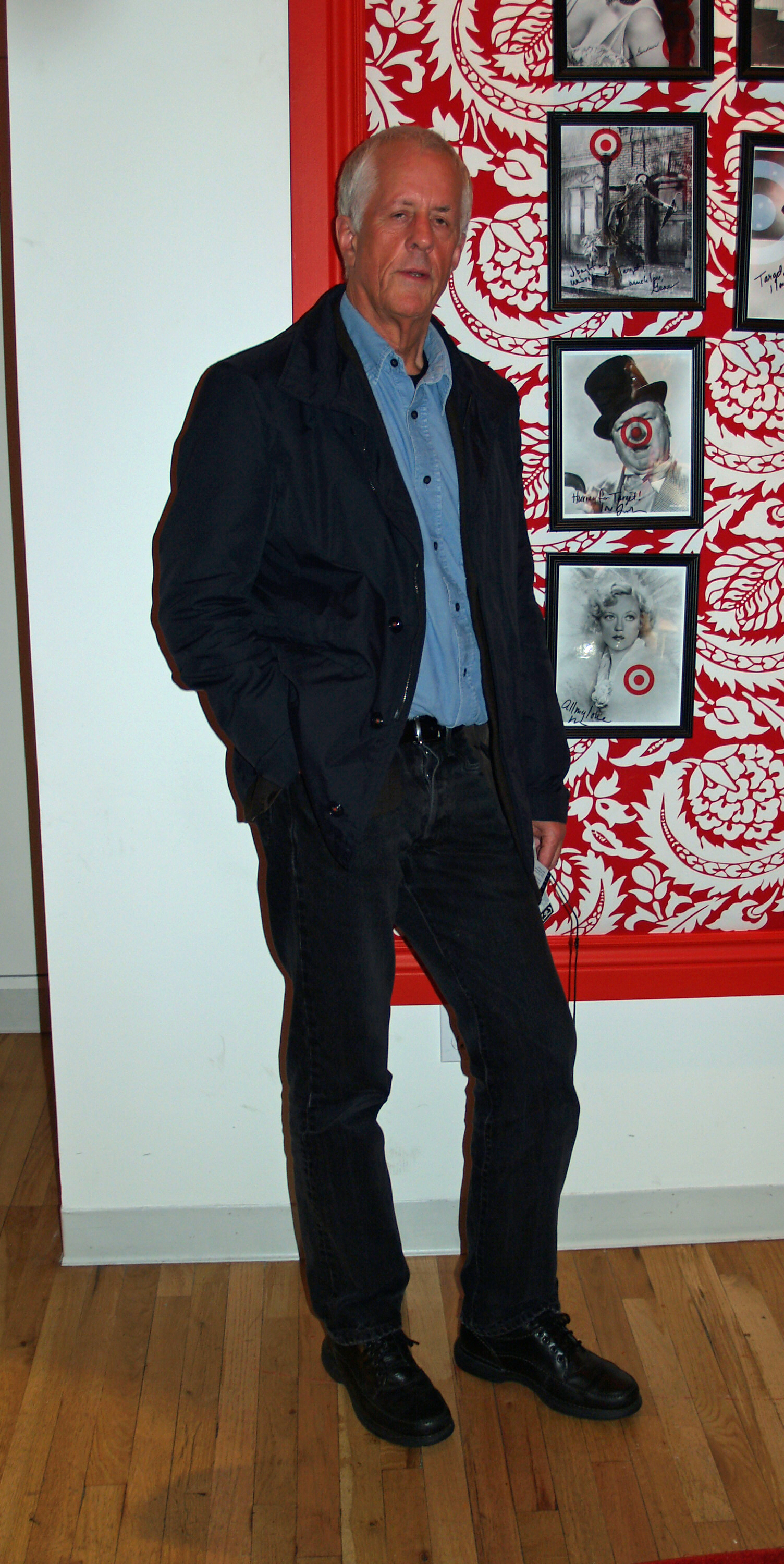 "Michael David Apted", is an English director, producer, writer and actor. He is one of the most prolific British film directors of his generation, and directed the Up Series (1964–2012) of documentaries and the James Bond film The World Is Not Enough (1999).

On 29 June 2003 he was elected president of the Directors Guild of America. He returned to television, directing the first three episodes of the TV series Rome (TV series)/Rome (2005). Apted directed Amazing Grace (2006 film)/Amazing Grace which premiered at the closing of the Toronto Film Festival in 2006. His most recent feature film project was The Chronicles of Narnia: The Voyage of the Dawn Treader which premiered 30 November 2010 at the Royal Film Performance. He was appointed Companion of the Order of St Michael and St George (CMG) in the 2008 Birthday Honours.

If you enjoy these quotes, be sure to check out other famous directors! More Michael Apted on Wikipedia.

Bob's devotion to the craft of filmmaking and his wealth of head-and-heart knowledge about what we do and how we do it was a special gift to his fellow directors.

Peer-to-peer technology has benefits, but it also carries many dangers, the most egregious of which is the potential for widespread and unauthorized piracy. Without the permission of the author of the work, who will be able to tell when personal use ends and piracy begins? It is the fundamental question of what is fair and right for the creators and those who made that creation possible. 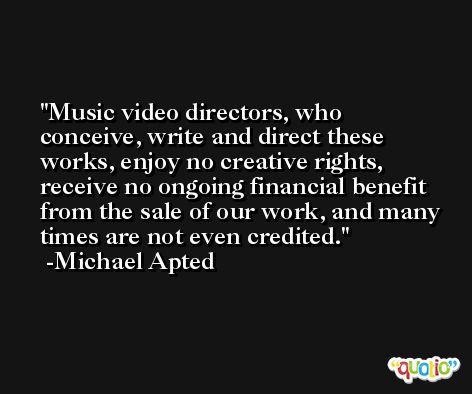 This deal marks the first of many to come and illustrates how, by working together with producers, we will achieve agreements that are mutually beneficial.

It takes great skill to tell a compelling story in under 60 seconds. These five directors have mastered the format, using their talent, craft and imagination to provide us with some of the most innovative filmmaking out there today.