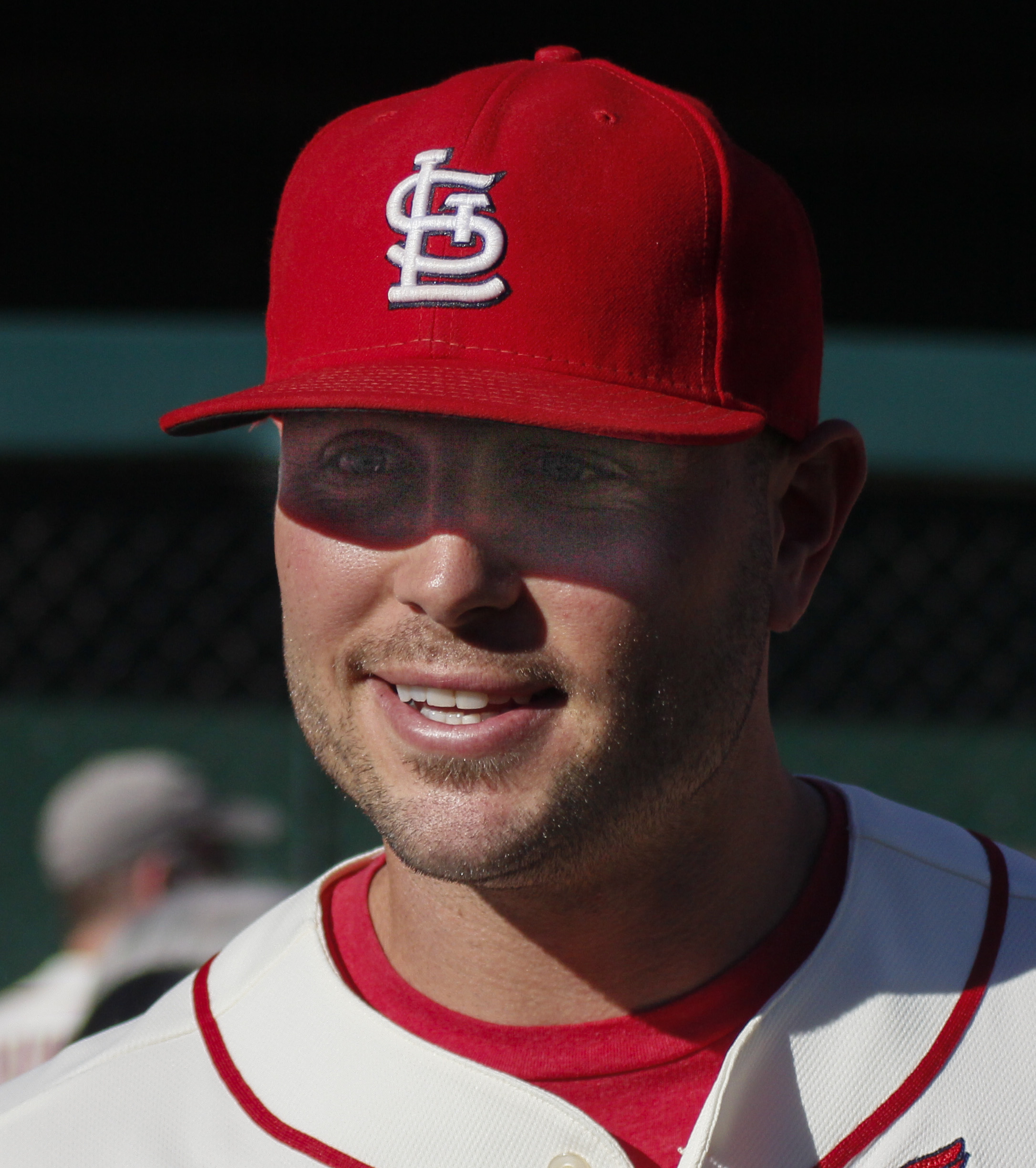 "Matthew Thomas Holliday" is an Americans/American professional baseball left fielder for the St. Louis Cardinals of Major League Baseball (MLB). The Colorado Rockies selected him in the seventh round of the 1998 Major League Baseball Draft out of Stillwater High School (Oklahoma)/Stillwater High School in Oklahoma. Holliday made his major league debut with the Rockies in 2004, where he played until being traded to the Oakland Athletics after the 2008 season. He played part of the 2009 season for Oakland and was traded to the Cardinals that year. He re-signed with the Cardinals after becoming a free agent and is under contract through 2017.

What Todd went through was an aberration. He makes it easier for me and (Atkins) because he's on base every time we come up. 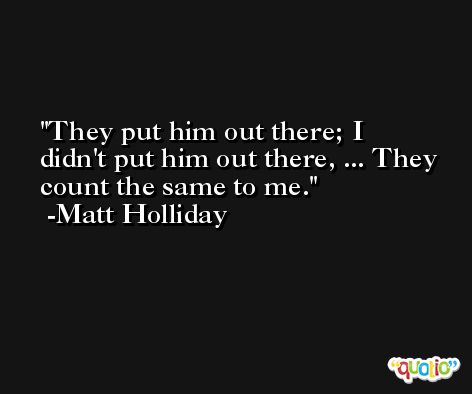 It was nice to be able to at least get a hit, and the home run was icing on the cake.

I looked up there after the first six or seven guys and thought, 'We've got one out, and that was me,'. 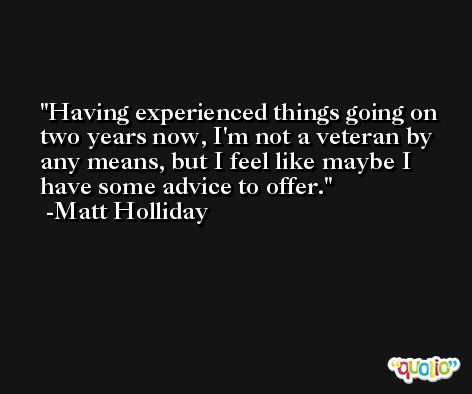 Most of us are pretty good friends and we've played together a lot, so I think if anybody goes through ups and downs or needs advice, or needs just a friend to talk to, I feel like I can be that guy for them. 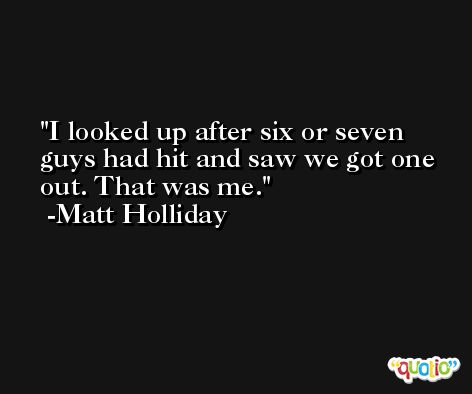