"Matthew G. Heinz", commonly known as "Matt Heinz", is an American doctor and politician from Tucson, Arizona. A Democratic Party (United States)/Democrat, he was appointed by President Barack Obama in June 2013 to a Director of Provider Outreach, in the Office of Intergovernmental and External Affairs, a part of the US Department of Health and Human Services. Heinz has been tasked with helping Secretary Kathleen Sebelius with the roll-out of the Affordable Care Act, with one aspect of his job to work with LGBT organizations across the country as they inform their members of their options in each state. For one or two weekends per month, Heinz continues his work as a hospitalist in Tucson, Arizona in an effort to keep in touch with the medical needs of his home community.

Prior to his appointment, Heinz was a member of the Arizona House of Representatives from the 29th District. First elected in 2008, he took office on January 12, 2009, won re-election to his seat in 2010 and toward the end of his second term, he ran as a candidate for US Congress.

If they (the prospect) are not buying for many months, they still want to hear from you.

It's an online system, Each agent has their own password-protected database and they can basically manage it anywhere. 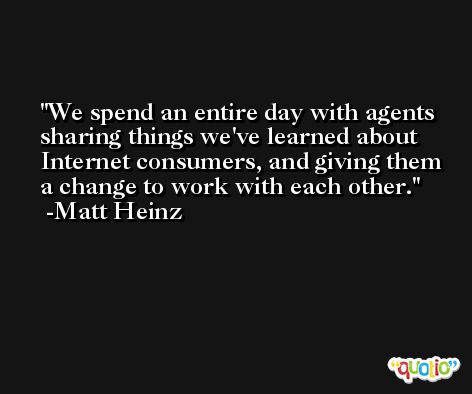 The real meat of the system comes in the prospect management tools.

Let them drive the timeline.