"Matthew Andrew Cavanaugh" is the quarterbacks coach for the Washington Redskins. He is a former American football quarterback in the National Football League/NFL who played from 1978 to 1991. In the course of his career as a professional football player, he earned two Super Bowl rings. Since his retirement, Cavanaugh has worked as an offensive coach and coordinator, for teams including the San Francisco 49ers, the Chicago Bears, and the Baltimore Ravens, where he earned a third Super Bowl ring as a coach.

I don't know that there's anybody that good, at any position - and I'll speak offensively - including our quarterback.

I take credit or blame for a couple of the losses. I thought I called some poor games offensively, and I didn't give our players a chance to execute some plays. ... So, I've got a lot of improvement to make. It's not just the players. 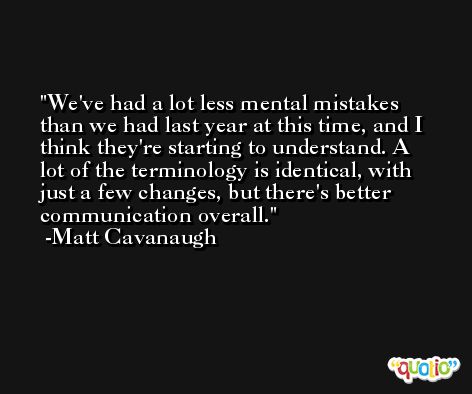 Rashad has a chance to be a good back -- maybe a special back. He's a big, strong kid who can run people over.

It got pretty hot, pretty smoky, pretty fast in there. There's evidence that they might have still been in there when it was burning pretty hot ... and we are going to catch them. 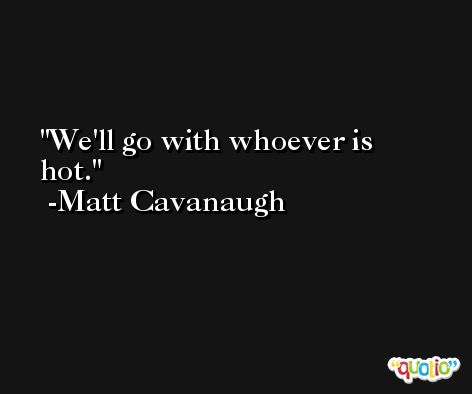 We just have to convince (Collins) that there's activity at the position other than just throwing your big body at somebody to block him. But he's adapted to it pretty well. He's still working at it, but he's on track.

I learned a lot the year we won the Super Bowl in Baltimore (with the Ravens). I made mistakes, but I'm also not usually someone who dwells on the great things that happen, either. I can be critical of myself and the people around me, and I want to improve all the time. 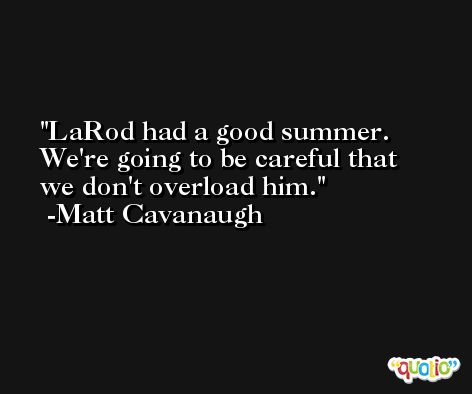