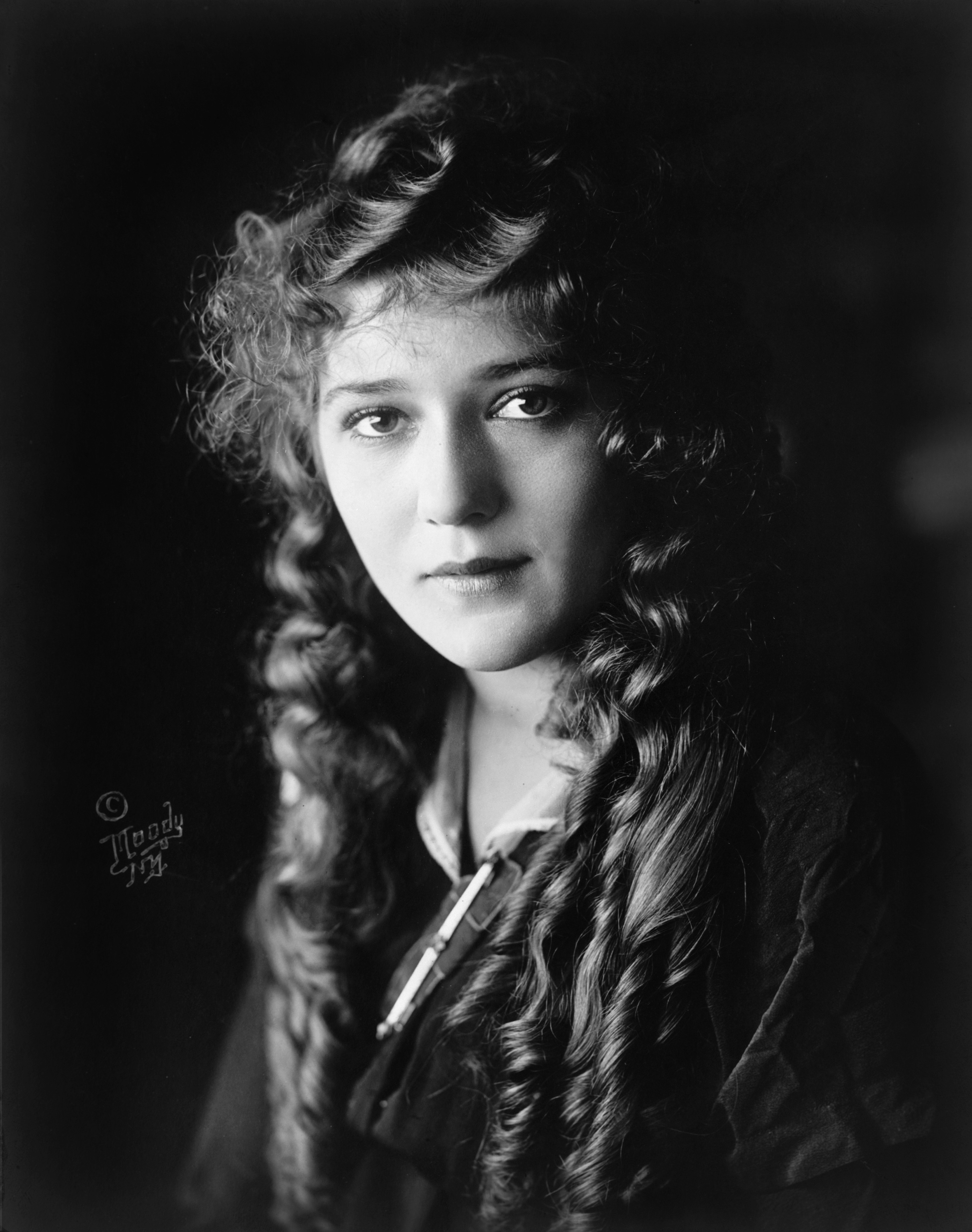 "Mary Pickford" was a Canadian American/Canadian-American motion picture actress, co-founder of the film studio United Artists and one of the original 36 founders of the Academy of Motion Picture Arts and Sciences. Known as "America's Sweetheart", "Little Mary" and the "girl with the curls", she was one of the Canadian pioneers in early Hollywood and a significant figure in the development of film acting.

In consideration of her contributions to American cinema, the American Film Institute named Pickford 24th among the AFI's 100 Years... 100 Stars/greatest female stars of all time.

If you enjoy these quotes, be sure to check out other famous actresses! More Mary Pickford on Wikipedia.

If you have made mistakes, even serious ones, there is always another chance for you. What we call failure is not the falling down but the staying down.

Supposing you have tried and failed again and again. You may have a fresh start any moment you choose, for this thing that we call "Failure" is not the falling down, but the staying down. 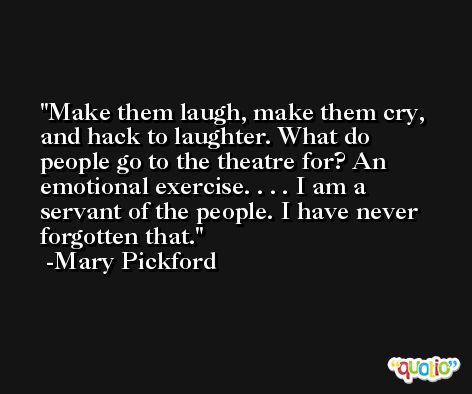 I was forced to live far beyond my years when just a child, now I have reversed the order and I intend to remain young indefinitely.

You may have a fresh start any moment you choose, for this thing that we call 'failure' is not the falling down, but the staying down. 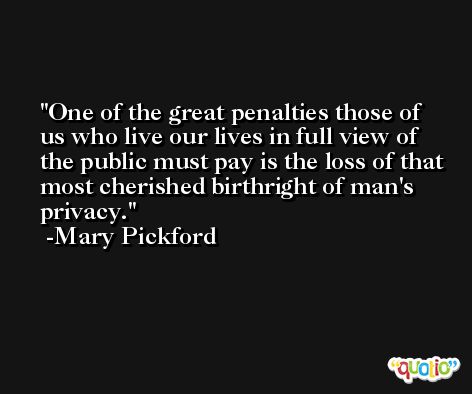 Adding sound to movies would be like putting lipstick on the Venus de Milo.

It would have been more logical if silent pictures had grown out of the talkies instead of the other way around. 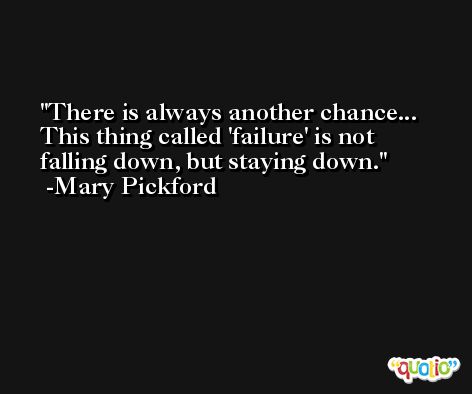