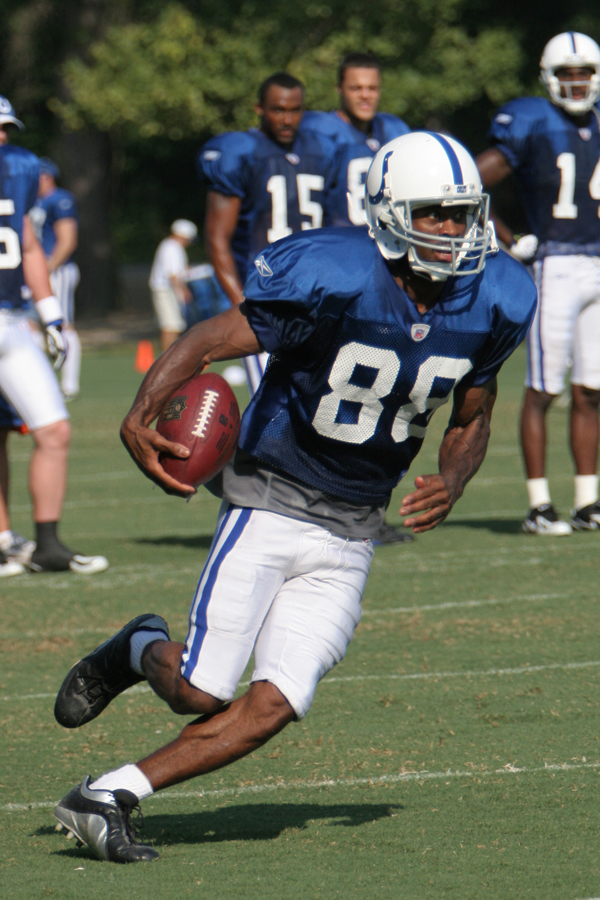 "Marvin Daniel Harrison" is a former American football player who was a wide receiver in the National Football League (NFL) for 13 seasons. He played college football for Syracuse Orange football/Syracuse University, and was drafted by the Indianapolis Colts in the first round of the 1996 NFL Draft. He spent all thirteen of his NFL seasons with the Colts, most of them with quarterback Peyton Manning, and is widely considered as one of the greatest and most productive wide receivers in NFL history.

Harrison was a Pro Football Hall of Fame finalist for the class of 2014.

If you enjoy these quotes, be sure to check out other famous scientists! More Marvin Harrison on Wikipedia.

It is definitely something special. It is not something that you come into your career hoping to get, but when it happens you have a great appreciation for it and the guys that have done it. At some point they [records] will mean a tremendous amount. Right now we are just focused on winning games. 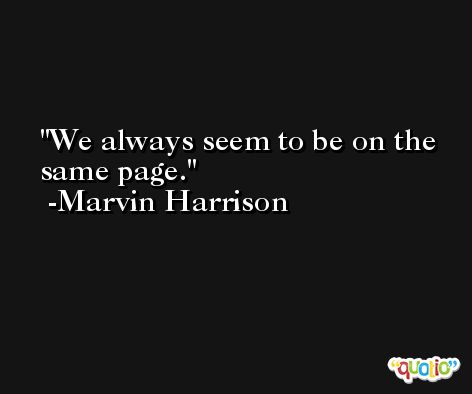 He said 'I appreciate what you are ? a great player and a class act,' ... I told him 'You must be talking to a mirror' because that's what I think of him. 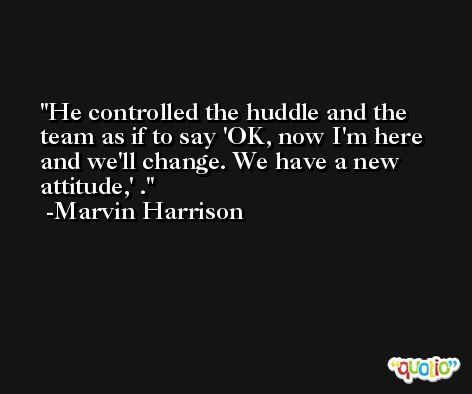 The thing is, as a receiver and a quarterback, we both have to recognize where the big play might be, and then apply it to what we had called, ... We can adjust it just by looking at each other. We'll both see the same hole in the defense, and he'll tell me, 'OK, I'm coming your way' in his way.' .

We went through the bumps and bruises that first year or two, ... But we've developed a rapport where we can do things without speaking. Of the 83 touchdowns we've had, I can't tell you how many we've come up with on the fly. 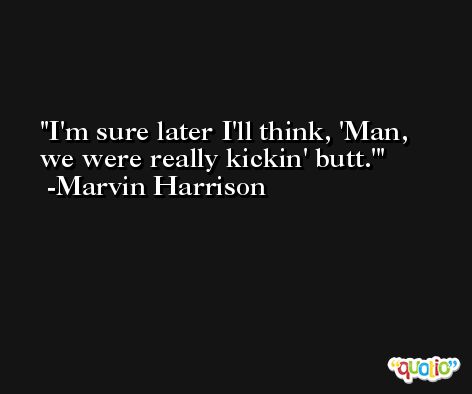