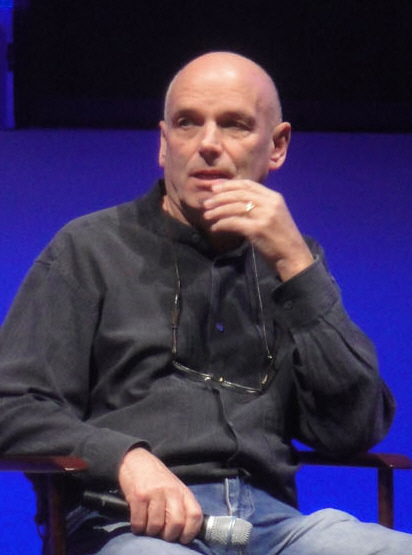 I suspect there are a bunch of us lone rangers out there.

Of course, it'll probably be north of $100 million, as they tend to be, because these days, ironically enough, there's an awful lot of films that are costing that, but beyond that, I can't tell you. 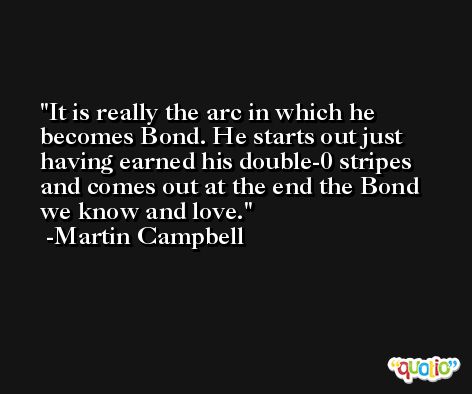 The great thing about it is that he makes mistakes and screws up. Bond finds violence hard to take, he won't admit to that. He has to do two killings, one is very messy. He falls in love with a girl, genuinely falls in love.

I was thrilled to have the opportunity. I grew up with the Zorro films and TV show. I must say that I think the [1940] Tyrone Power film ['The Mark of Zorro'] is a bit overrated, and in 'The Mask of Zorro' I wanted to take things back to the dash and athleticism of the Fairbanks original. 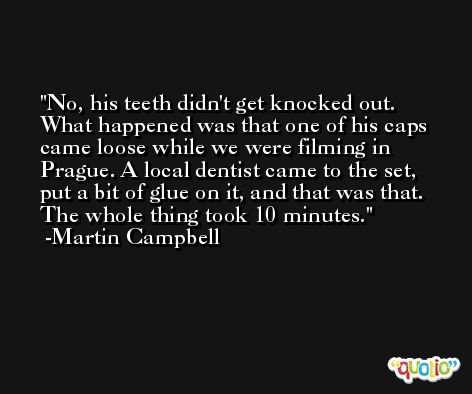 I remember standing Catherine next to Antonio and I thought, 'I don't even need to look at the screen tests. I know exactly,' and, as it turned out, they just work extremely well together.

Daniel is a superb actor who has all the qualities needed to bring a contemporary edge to the role, We believe that in Daniel Craig we have found the ideal 21st century Bond and we couldn't be more privileged to be working with Barbara and Michael, who are tireless champions and guardians of the James Bond legacy.