"Mark Shields" is an American political columnist and commentator.

Since 1988, Shields has provided weekly political analysis and commentary for Public Broadcasting Service/PBS's award-winning PBS NewsHour. His current sparring partner is David Brooks (journalist)/David Brooks of The New York Times. Previous counterparts were the late William Safire, Paul Gigot of the Wall Street Journal and David Gergen. Shields was also a regular panelist on Inside Washington, a weekly public affairs show that was seen on both PBS and American Broadcasting Company/ABC until it ceased production in December 2013. For 17 years, Shields was moderator and panelist on CNN's Capital Gang.

If you enjoy these quotes, be sure to check out other famous journalists! More Mark Shields on Wikipedia.

He became almost a parody of himself, if you recall that black hat he wore in Arizona while brandishing the assault weapon.

It's going to be whoever runs the hardest each night. 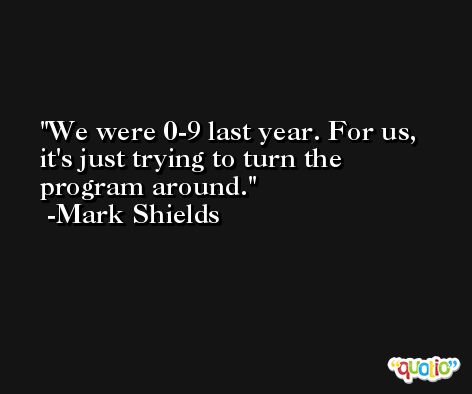 It doesn't matter what a bunch of $30,000 a month political consultants say in Washington. That message has power, and Pat Buchanan delivers it with power and eloquence and the voters know he believes in it.

He throws a great ball. 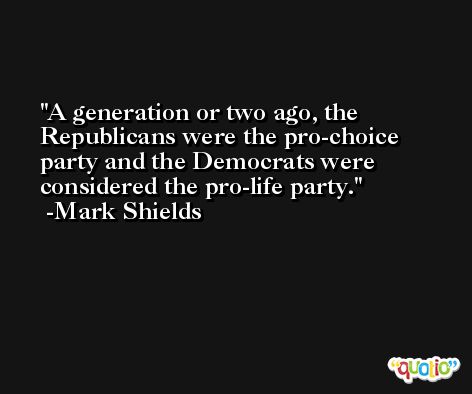 He's an extremely tough kid, hits hard on defense and he can run a little bit. So right now I still have not established who my starting tailback is. It could take a few games.

These initiatives are designed to improve the quality of life of the residents and give them the confidence to go about their lawful business without fear of being shot at or otherwise being intimidated by armed criminals. 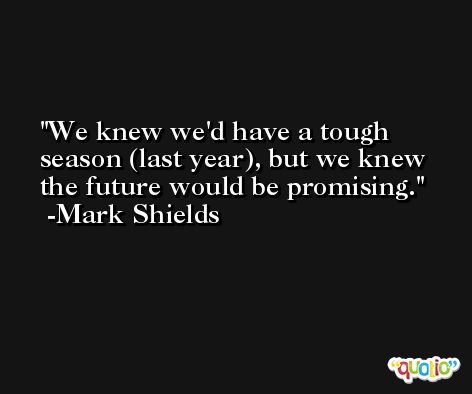