"Mark Connelly" is a professor and former Head of the School of History, at the University of Kent in Canterbury, where he is both a military historian, and the Reuters Lecturer in Media History.

He is also the author of a book on the World War II/Second World War and the British home front called, We Can Take It!, as well as other books and essays.

He took his Doctor of Philosophy/PhD at Queen Mary, University of London/Queen Mary & Westfield College.

In December 2007, Connelly appeared on the BBC television show The One Show, commenting on the social history of Christmas in the UK.

If you enjoy these quotes, be sure to check out other famous musicians! More Mark Connelly on Wikipedia.

When you also consider that the prospect of the tendered shares being actually taken up was extremely low, and that this whole thing took place over the holidays, it becomes evident that Willamette's institutional shareholders are indeed very highly supportive of the idea that the two companies should be in talks.

Willamette is a very proud company and wants to remain independent. 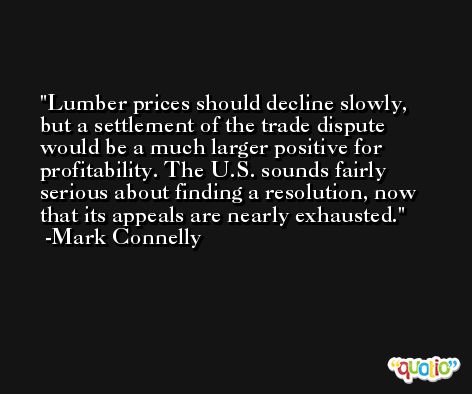 The filter does help to reduce the ozone the product emits. But it still -- from our tests -- didn't perform well in removing particles from the air.