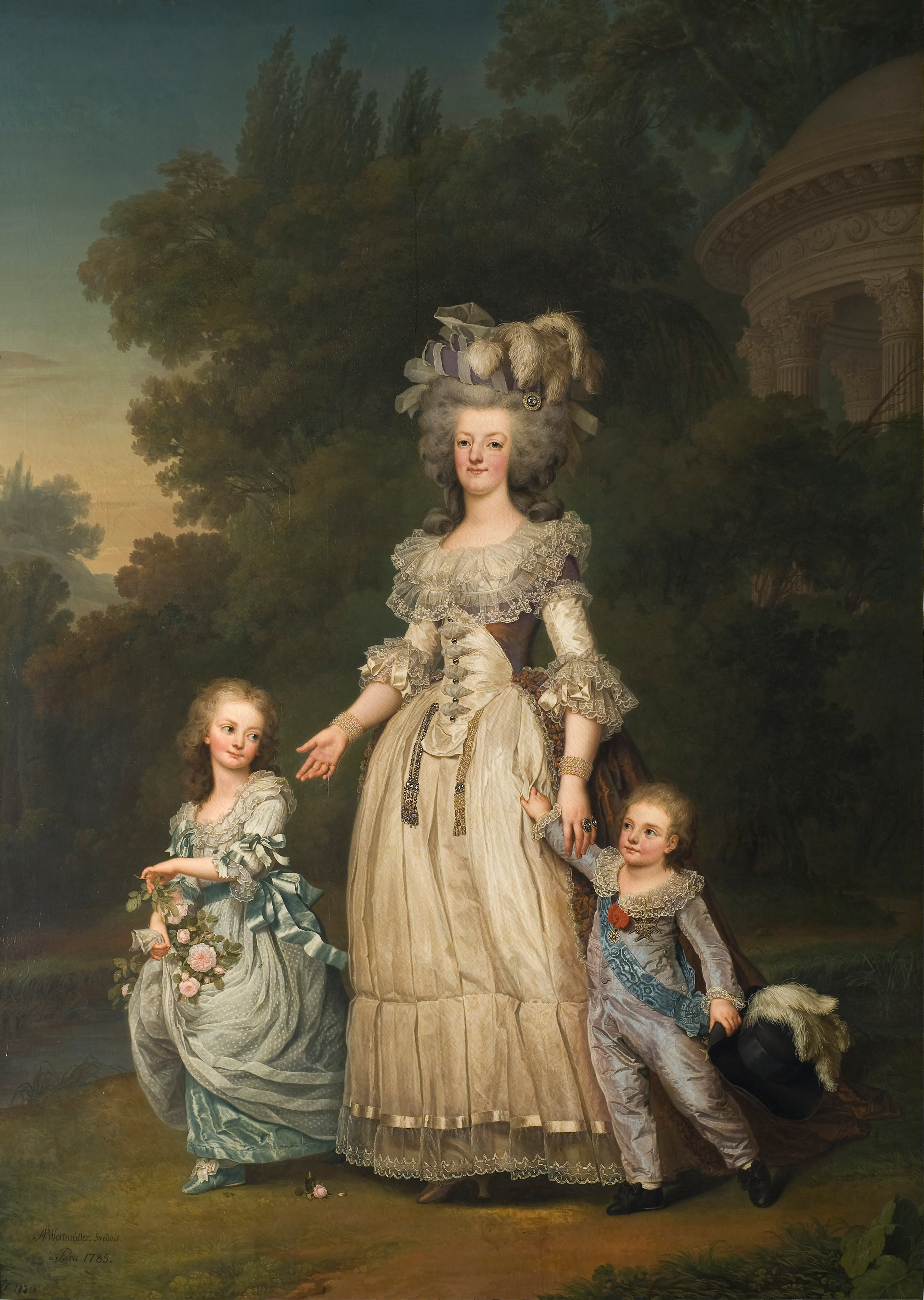 "Marie Antoinette "Johanna"; 2 November 1755 – 16 October 1793), born an Archduchess of Habsburg Empire/Austria, was Dauphine of France from 1770 to 1774 and List of French consorts/Queen of France and Navarre from 1774 to 1792. She was the fifteenth and penultimate child of Maria Theresa/Holy Roman Empress Maria Theresa and Francis I, Holy Roman Emperor/Emperor Francis I.

In April 1770, upon her marriage to Louis XVI of France/Louis-Auguste, Dauphin of France, she became Dauphine of France. She assumed the title Queen of France and of Navarre when her husband ascended the throne as Louis XVI upon the death of his grandfather Louis XV of France/Louis XV in May 1774. After seven years of marriage, she gave birth to a daughter, Marie Thérèse of France/Marie-Thérèse Charlotte, the first of her four children.

Let Them Book the Four Seasons.

No one understands my ills, nor the terror that fills my breast, who does not know the heart of a mother. 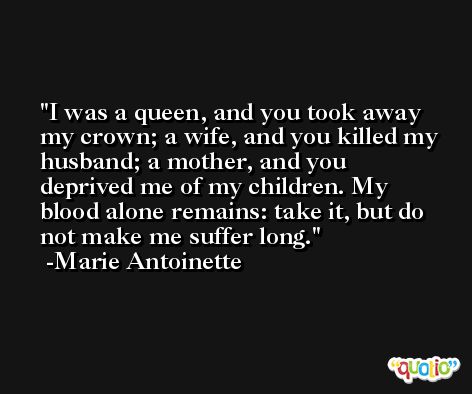 There is nothing new except what has been forgotten.

I was a queen, and you took away my crown, a wife, and you killed my huband, a mother, and you took my children away from me. All I have left is my blood. Take it. but do not make me suffer long. 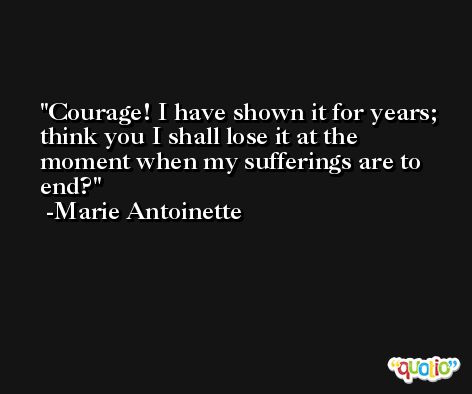 Off to her bed.