"Mariano Rajoy Brey" is the Prime Minister of Spain, elected on 20 November 2011. He has been leader of the People's Party (Spain)/People's Party since 2004.

The Civil Guard has frustrated ETA's intention of establishing a command cell in Barcelona, stopping a new campaign in Catalonia against people and possibly tourist interests.

This is a pause. It is not a renunciation of criminal activity. 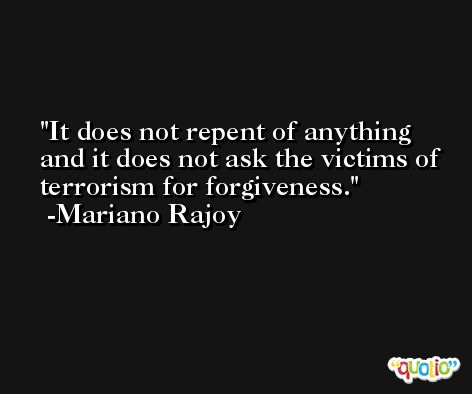 The introduction of this legislation has been delayed for a few years. We are going to try to push this forward.

This is an attack against competition, against the interest of consumers. 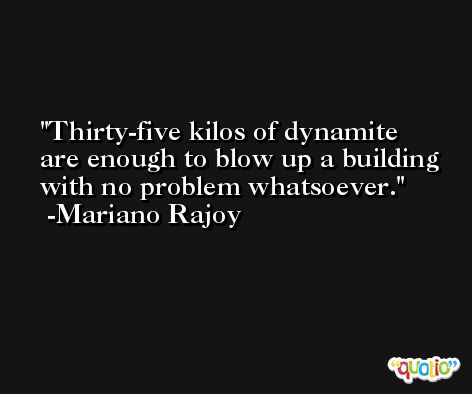 One cannot pay a political price for peace. If we were to do so, terrorism would have won.

When certain crimes are committed in a country and it is possible to try them, it must be done in that country. That's the principle of territoriality. 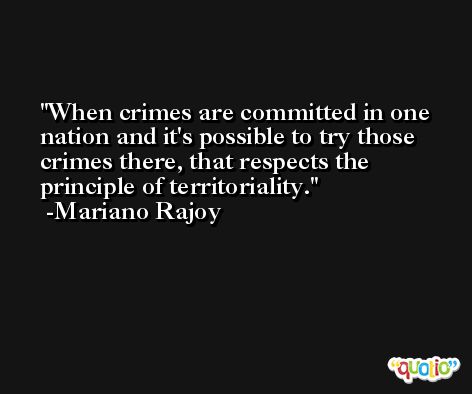