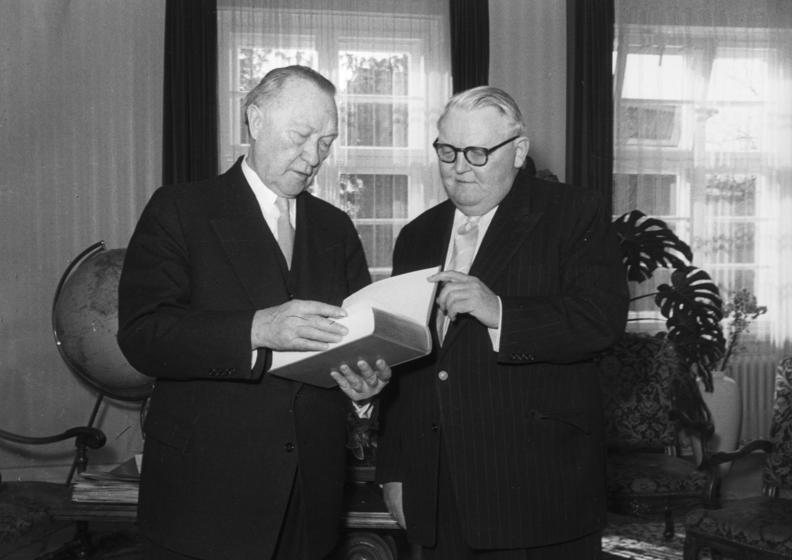 "Ludwig Wilhelm Erhard" was a Germany/German politician affiliated with the Christian Democratic Union of Germany/CDU and Chancellor of Germany (Federal Republic of Germany)/Chancellor of the Federal Republic of Germany (West Germany) from 1963 until 1966. He is often famed for leading German postwar economic reforms and economic recovery ("Wirtschaftswunder", German for "economic miracle"), in his role as Minister of Economics under Chancellor Konrad Adenauer in 1949, prior to his own ascension to the Chancellorship in 1963. As Chancellor, however, his fame rapidly declined. Erhard resigned his Chancellorship on 1 December 1966.

If you enjoy these quotes, be sure to check out other famous politicians! More Ludwig Erhard on Wikipedia.

A compromise is the art of dividing a cake in such a way that everyone believes he has the biggest piece.

Without Britain, Europe would remain only a torso.