"Lisa Anderson" is an American political scientist and the current President of the American University in Cairo (AUC). A specialist on Middle Eastern and North African politics, Anderson served as the Provost of AUC from 2008 to 2010. Prior to joining AUC, Anderson served as the James T. Shotwell Professor of International Relations at Columbia University, the dean of Columbia's School of International and Public Affairs, the chair of the political science department and the director of the Middle East Institute]. Previously, she was an assistant professor of government and social studies at Harvard University.

It's about consciously creating the second half of our lives.

Fear stops a lot of people. Fear of failure, of the unknown, of risk. And it masks itself as procrastination. 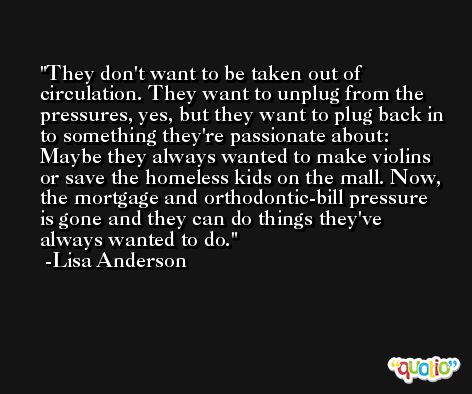 That image of the common drunk is a myth. There is a thing called a maintenance drinker which may very well be a mother of four, a welder or a distinguished business person. These people build up a tolerance and manage to still maintain their daily lifestyles while constantly struggling with this disease, because it is a recognized disease by the American Medical Association.

I think gas prices have had a definite impact on people who do not have a specific destination planned in advance, ... A lot of the fall foliage travelers are seniors. Because their budgets are impacted more dramatically, I don't think they'll be traveling as much. 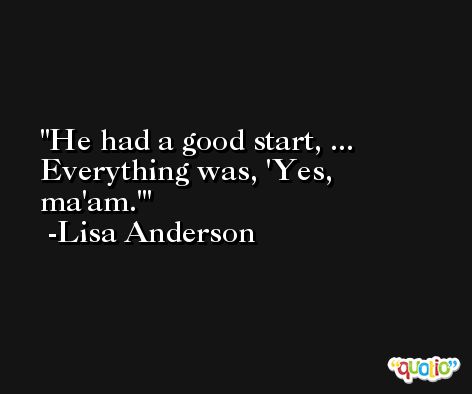 This is a great opportunity for our high school youth to give back to the community.

It involves a lot of monitoring.