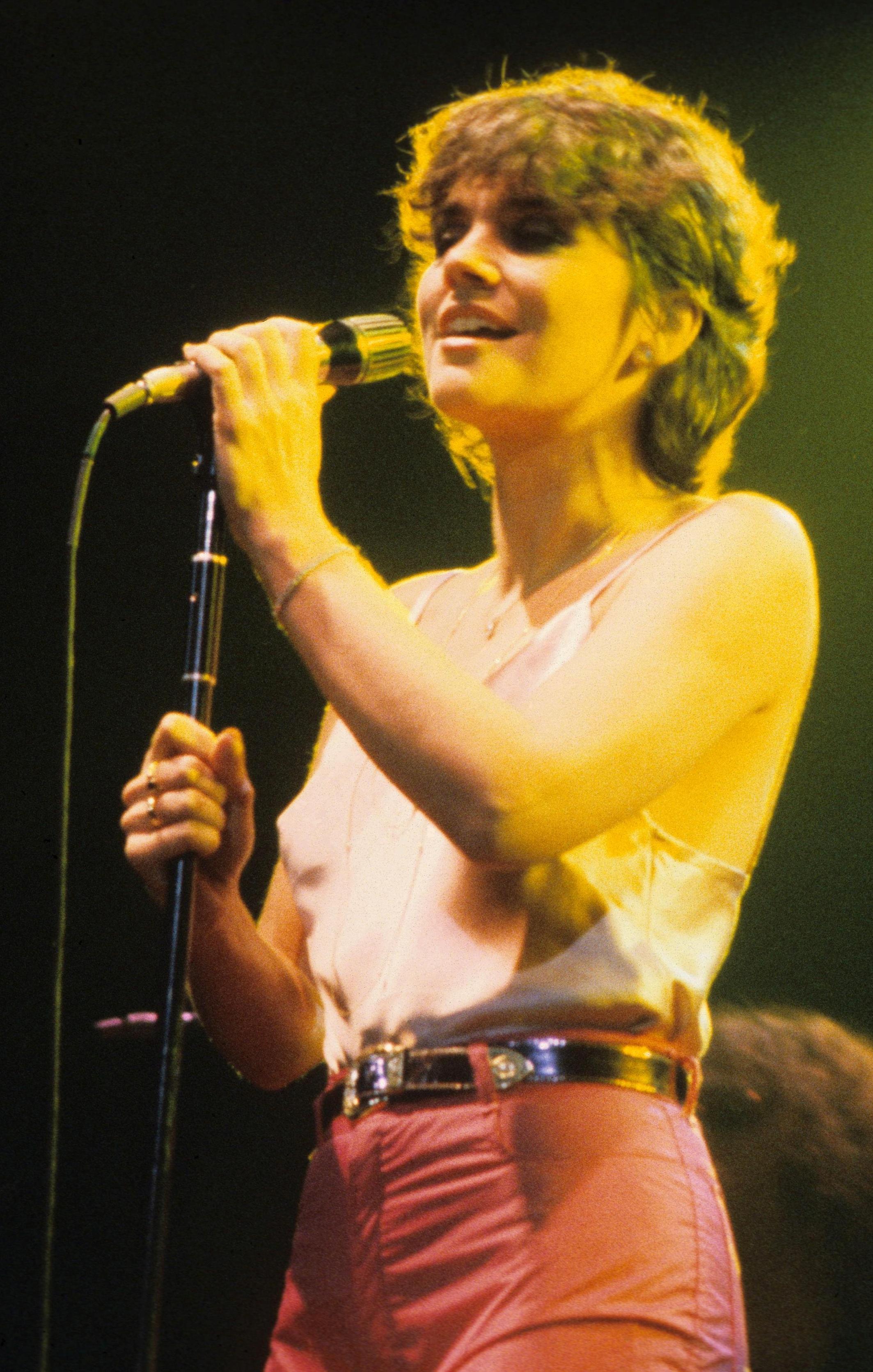 Ronstadt has collaborated with artists from a diverse spectrum of genres including Bette Midler, Billy Eckstine, Frank Zappa, Rosemary Clooney, Flaco Jiménez, Philip Glass, Warren Zevon, Emmylou Harris, Gram Parsons, Dolly Parton, Neil Young, Johnny Cash, and Nelson Riddle. She has lent her voice to over 120 albums and has sold more than 100 million records, making her one of the List of best-selling music artists/world's best-selling artists of all time. Christopher Loudon of Jazz Times noted in 2004, Ronstadt is "Blessed with arguably the most sterling set of pipes of her generation ... rarest of rarities a chameleon who can blend into any background yet remain boldly distinctive ... It's an exceptional gift; one shared by few others."

If you enjoy these quotes, be sure to check out other famous musicians! More Linda Ronstadt on Wikipedia.

American radio from the '30s through the '60s was just fabulous. There was such a diversity. 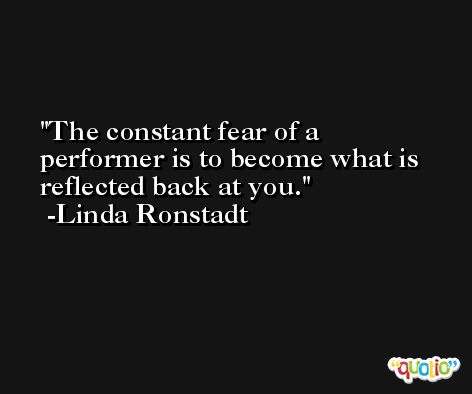 We were raised with the idea that we had limitless chances and we got very shocked to learn that wasn't the case.

I don't think you can look for love. All you can do is get yourself in a situation where you don't discourage something that may be rather nice. 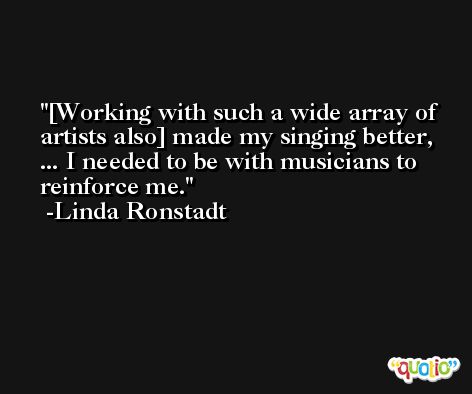 It's a real conflict for me when I go to a concert and find out somebody in the audience is a Republican or fundamental Christian. It can cloud my enjoyment. I'd rather not know.

[Neville, a burly man with a silky voice, is best known for the ballads] Tell It Like It Is ... Don't Know Much. 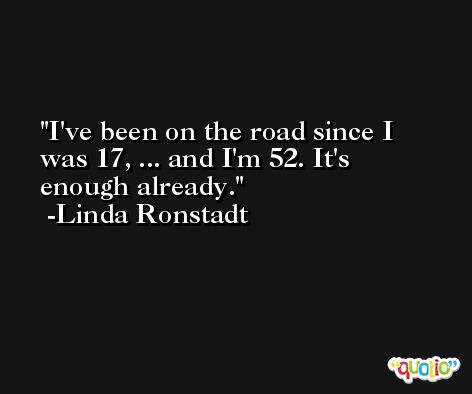