"Lewis McDonald Grizzard", "Jr". was an American writer and humorist, known for his Southern demeanor and commentary on the U.S. Southern states/American South. Although he spent his early career as a newspaper sports writer and editor, becoming the sports editor of the Atlanta Journal at age 23, he is much better known for his humorous column (newspaper)/newspaper columns in the Atlanta Journal-Constitution. He was also a popular stand-up comedian & lecturer.

Grizzard also published a total of twenty-five books, including collections of his columns (e.g. Chili Dawgs Always Bark at Night), expanded versions of his stand-up comedy routines (I Haven't Understood Anything Since 1962), and the autobiographical If I Ever Get Back to Georgia, I'm Gonna Nail My Feet to the Ground. Although much of his comedy discussed the South and Grizzard’s personal and professional lives, it was also a commentary on issues prevalent throughout America, including relationships between men and women (e.g. If Love Were Oil, I'd Be About a Quart Low), politics, and health, especially heart health. Grizzard was also the stepbrother of the Southern humorist Ludlow Porch.

If you enjoy these quotes, be sure to check out other famous writers! More Lewis Grizzard on Wikipedia.

The game of life is a lot like football. You have to tackle your problems, block your fears, and score your points when you get the opportunity.

It's difficult to think anything but pleasant thoughts while eating a homegrown tomato. 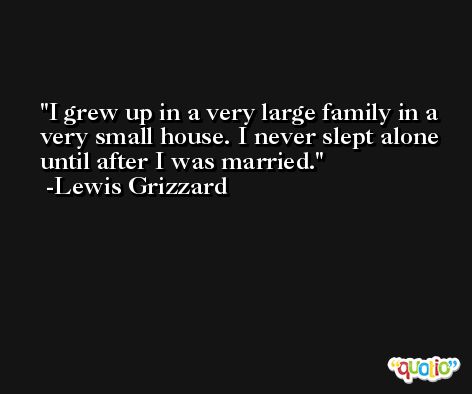 Sex hasn't been the same since women started enjoying it.

She [mama] an appreciation of the language. She taught me a love of words, of how they should be used and how they can fill a creative soul with a passion and lead to a life's work. 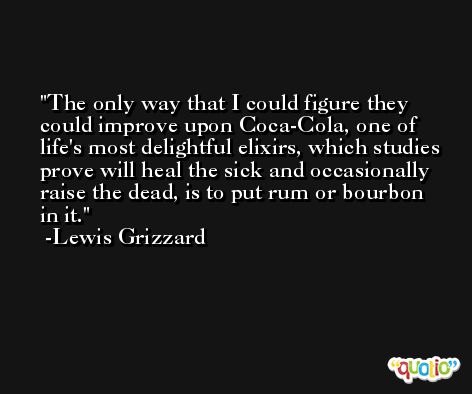 When My Love Comes Back from the Ladies' Room, Will I Be Too Old To Care?