"Lee John Westwood" is an English professional golfer. Noted for his consistency, Westwood is one of the few golfers who has won tournaments on every major continent, including victories on the European Tour and the PGA Tour. He was named player of the year for the 1998, 2000 and 2009 seasons. He has won the 2000 European Tour Order of Merit, and the renamed 2009 Race to Dubai. Westwood has frequently been mentioned as one of the best golfers without a major championship victory.

He has represented Europe for the last eight Ryder Cups. In October 2010, Westwood became the Official World Golf Ranking/World number one golfer, ending the reign of Tiger Woods, and becoming the first British golfer since Nick Faldo in 1994 to hold that position. He held the number one position for a total of 22 weeks.

If you enjoy these quotes, be sure to check out other famous athletes! More Lee Westwood on Wikipedia.

I've played a lot better over here this year, ... I've shot a lot lower scores; I just haven't really managed to put four rounds together. But I'm still only 32 years old and starting to feel more adjusted to playing over here.

You don't win tournaments by playing well and thinking poorly. 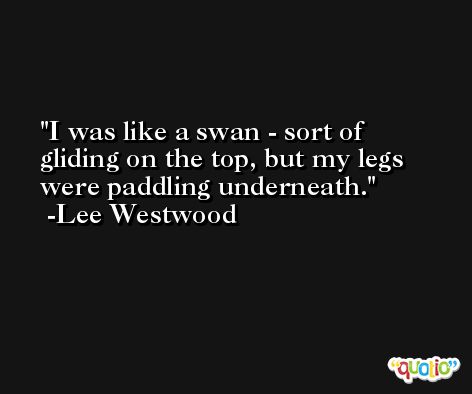 I'm a golfer - not an athlete.

We are all comfortable in each other's presence and there's a lot of laughing and joking. 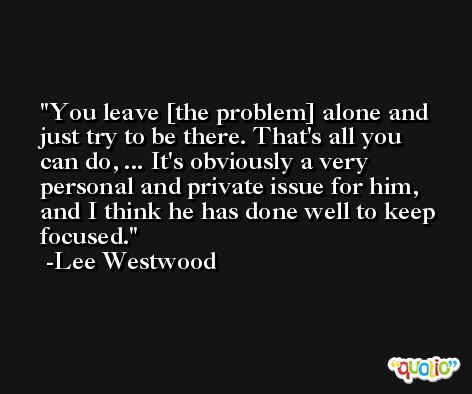 If it is an examination paper then they are asking a question there is no answer to.

Race horses are like golfers, you're never sure how they're going to come out of the stalls. It's just - hopefully the horses come out of the race all right, just fit and ready to go again in the near future, but 3rd was good. It's paid for its hay. 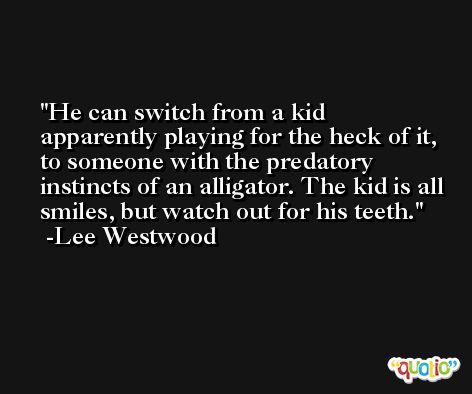