"Larry Merchant" is an American former sportswriter, a longtime commentator for HBO Sports presentations of HBO World Championship Boxing, Boxing After Dark and HBO pay-per-view telecasts, and is considered "the greatest television boxing analyst of all time" by ESPN Boxing analyst Dan Rafael.

If you enjoy these quotes, be sure to check out other famous writers! More Larry Merchant on Wikipedia.

He's so good, you wonder what's wrong with him.

Too much youth, hunger, mission, and talent. 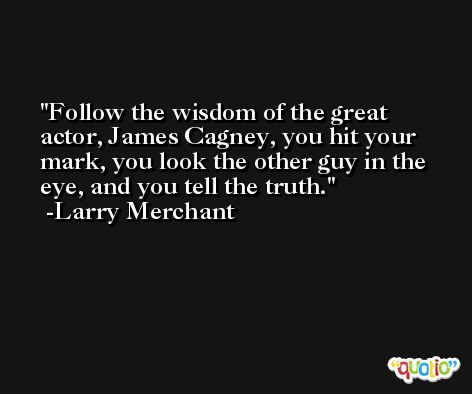 The thorough bred against a clamor, or rather the Porsche vs. the pickup truck.

This team is gonna get murdered. 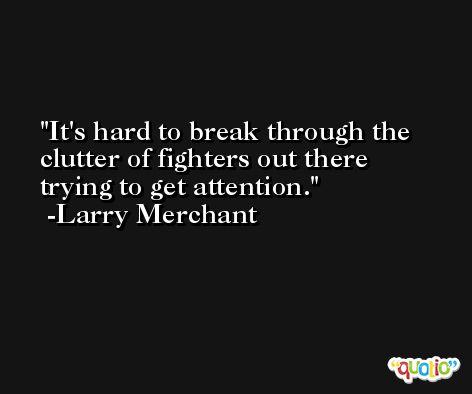 I think it all depends on how good this fight is. I don't know how to rank it. If this turns out to be a dramatic fight and Roy wins, people will look back at all three (in a fond way). But he has to win in a theatrical way. That would make it a great trilogy, maybe.

There are too many governing bodies. They're all corrupt. I think they have replaced the old Mobsters with the kind of 'corporate rule' of boxing.