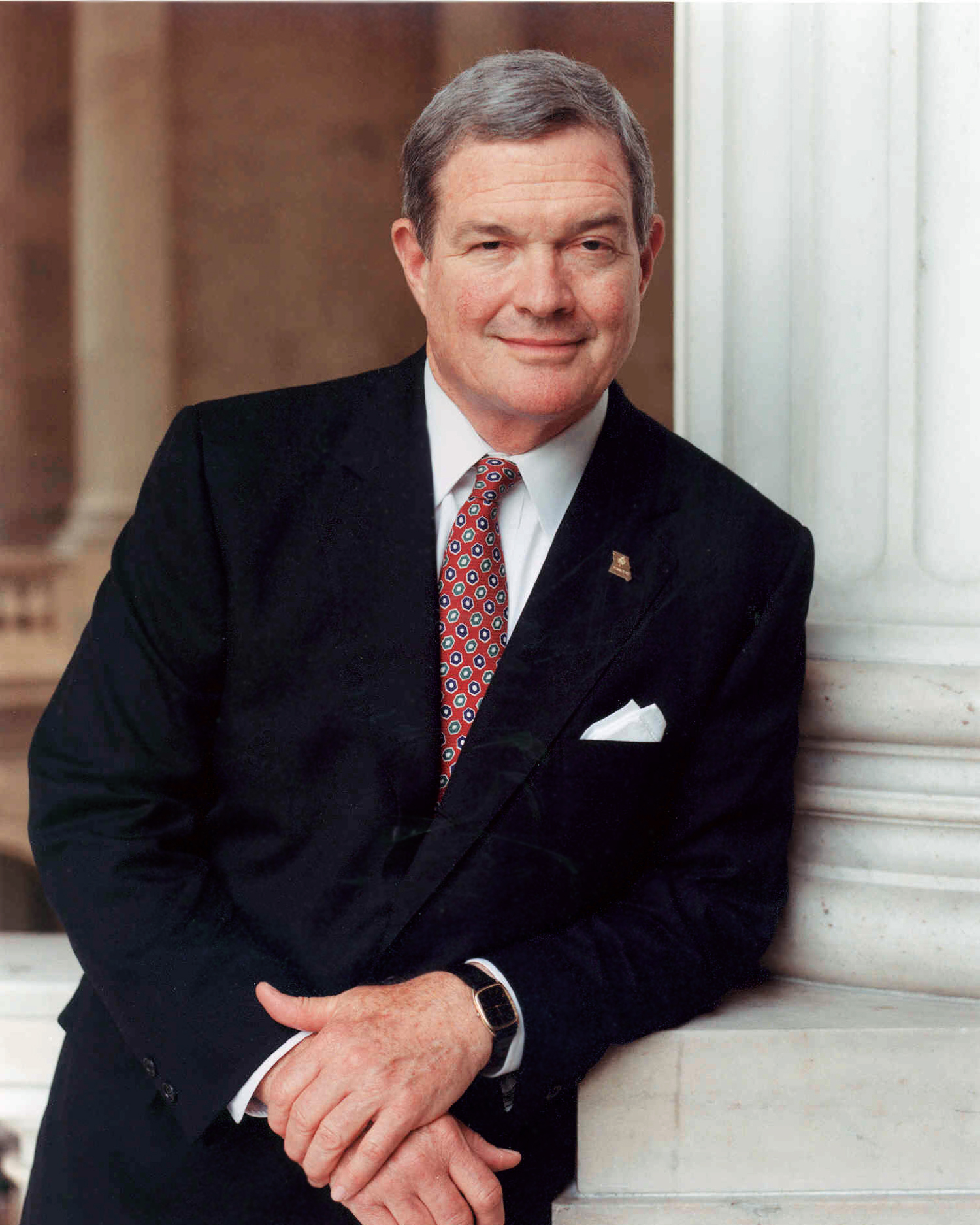 If you enjoy these quotes, be sure to check out other famous politicians! More Kit Bond on Wikipedia.

We have very different philosophies on how we serve our country.

This proposal will have little impact on the deficit, ... If Congress is serious, we should put together a deficit reduction package that freezes COLAs government-wide, including Congress. 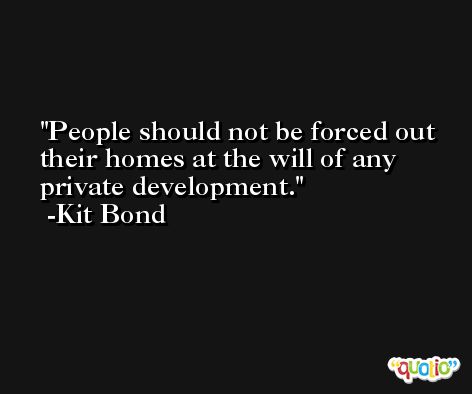 The technology does not exist to accomplish what proponents want, ... If I had a magic wand, I would be happy to wave it and support a 90 percent reduction. But I don't.

More than 5.4 million of the self-employed have absolutely no health insurance coverage, nor do 1.5 million of their children. In the end, we all pay for that. 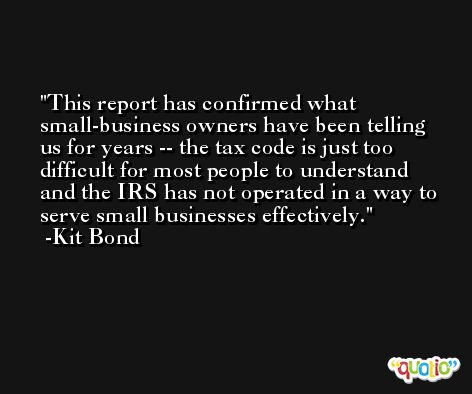 In this instance, with the tremendous job that the guard is doing, it is absolutely critical that we provide the equipment that you need.

It is more than passing strange that our colleagues on the other side of the aisle would bring out Joe Wilson as some kind of credible witness for their cause.