"Kevin Durell Edwards" is a retired American professional basketball player who currently serves as DePaul University men's basketball team's director of community, corporate, and professional relations. Edwards was selected by the Miami Heat with the 20th overall pick of the 1988 NBA Draft. Edwards was the second ever draft pick in Miami Heat history, behind teammate Rony Seikaly who was selected as the 9th pick in the same draft.

He played in 11 NBA seasons for the Heat, New Jersey Nets, Orlando Magic and Memphis Grizzlies/Vancouver Grizzlies. Edwards best year as a pro came during the 1993-94 NBA season/1993-94 season as a member of the Nets, appearing in all 82 games and averaging 14.0 ppg. He had the most points in all of his seasons with the Nets. In his NBA career, Edwards scored a total of 6,596 points in 604 games. He retired as a member of the Grizzlies in 2001. He has a wife and three children.

He played collegiately at DePaul University and Lakeland Community College (in Kirtland, Ohio).

There are two boys' banners in the gym. It's time to have one for the girls.

They hit the ball real well. They are a tough team to have to start the season with, especially with them having four games under their belt. 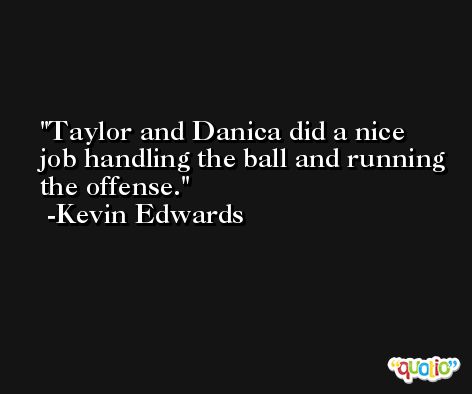 But he's on a pitch count, and I let him build from his previous game. I actually probably shouldn't have let him start the seventh, but he talked me into it.

He's finally figured out how to really work. He wants to try and play at the next level, and I've pointed out little things that (college coaches are) always looking for. He's kind of turned the corner and stepped it up a notch. 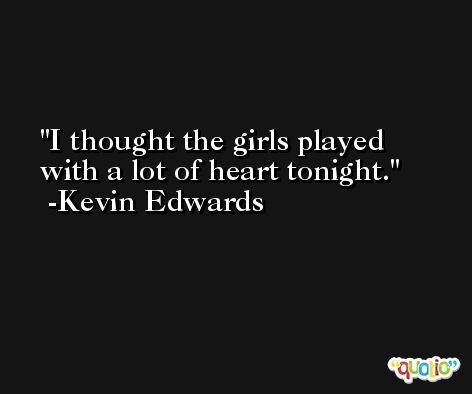 Our problem in our two losses this season has been the same - we've fallen behind early and can't quite catch up. I'll have to figure out a way to jump-start the team a little earlier.

I'm getting all bruised up, but it's for a good cause. 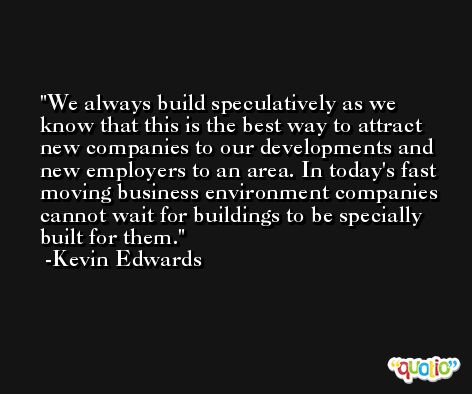