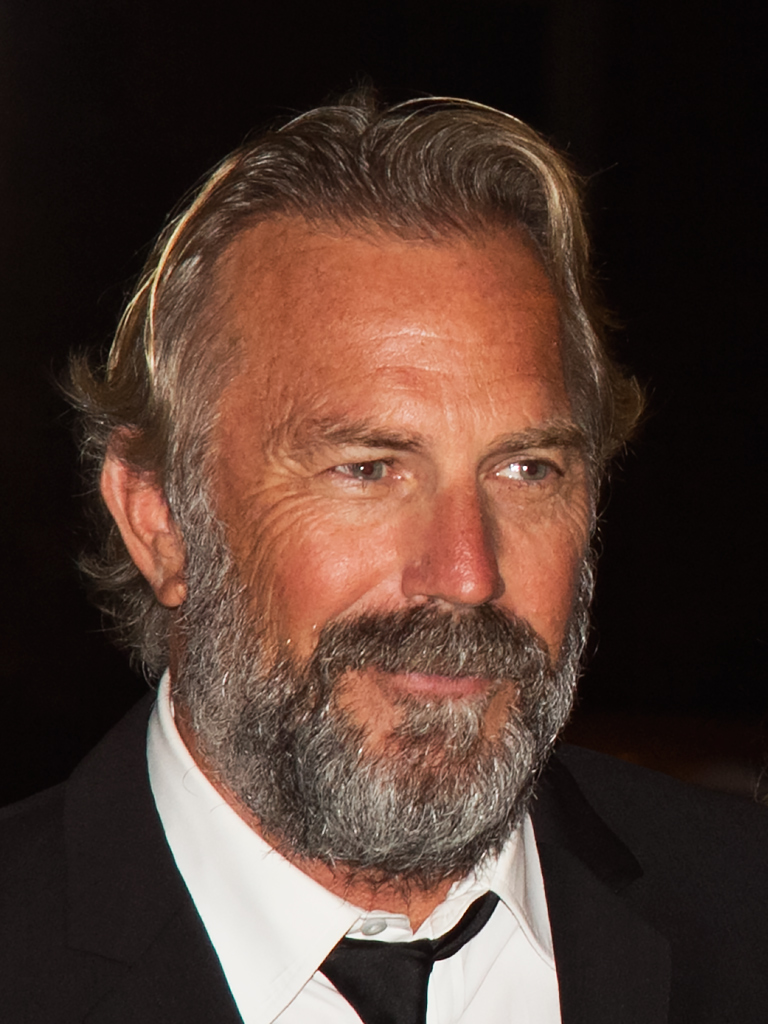 "Kevin Michael Costner" is an American actor, singer, producer and director. He has won two Academy Awards, three Golden Globe Awards, and one Emmy Award, and has been nominated for three BAFTA (British Academy of Film and Television Arts) Awards. Costner's notable roles include Eliot Ness in The Untouchables (film)/The Untouchables, Crash Davis in Bull Durham, Shoeless Joe (novel)#Characters/Ray Kinsella in Field of Dreams, Lt. John J. Dunbar in Dances with Wolves, Jim Garrison in JFK (film)/JFK, Robin Hood in Robin Hood: Prince of Thieves, Frank Farmer in The Bodyguard (1992 film)/The Bodyguard and Jonathan and Martha Kent/Jonathan Kent in Man of Steel (film)/Man of Steel. Less well-liked were the science fiction-post-apocalyptic epics Waterworld (1995) and The Postman (film)/The Postman (1997), the latter starring, directed and produced by Costner.

If you enjoy these quotes, be sure to check out other famous actors! More Kevin Costner on Wikipedia.

Being a celebrity is probably the closest to being a beautiful woman as you can get.

I'm having fun talking to the people here. How much longer? 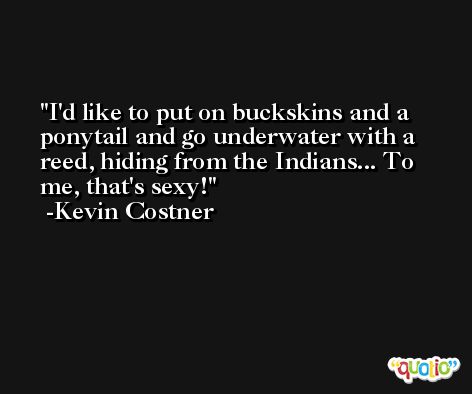 Failure doesn't kill you. . . it increases your desire to make something happen.

This tournament would never take place and be as popular as it is without the hard work and dedication of the thousands of volunteers who give of their time and energy. This is our way of saying thank you to them for all that they do. 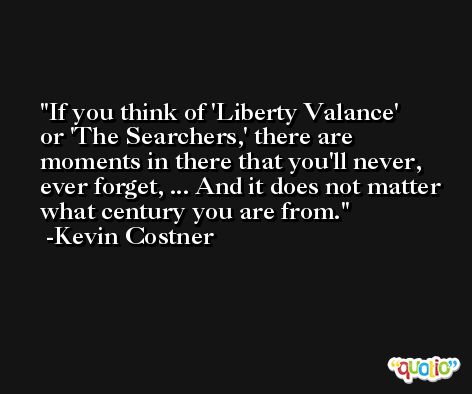 I dream of big things. I work for the small things. If you're going to dream, you might as well dream big. A lot of that came from my mother. She was adamant about the work ethic---about how you can't just dream things.

For Love of the Game. 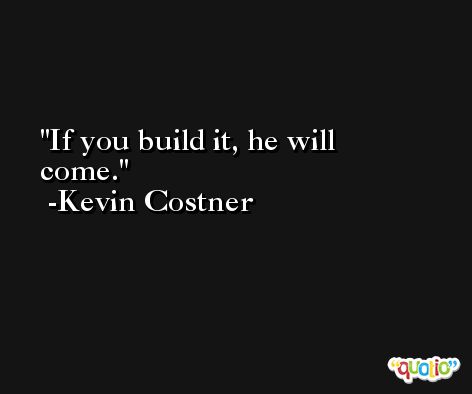