"Kenneth Hartley Blanchard" is an American author and management expert. His book The One Minute Manager (co-authored with Spencer Johnson (writer)/Spencer Johnson) has sold over 13 million copies and has been translated into 37 languages.[http://www.kenblanchard.com/speakers/blanchard_speakers/Default.asp?id=36 The Ken Blanchard Companies] He has coauthored over 30 other best-selling books, including Raving Fans: A Revolutionary Approach To Customer Service (1993), Leadership and the One Minute Manager: Increasing Effectiveness Through Situational Leadership (1985) (in which he coined the term seagull manager), Gung Ho! Turn On the People in Any Organization (1997), Whale Done! The Power of Positive Relationships (2002) and Leading at a Higher Level: Blanchard on Leadership and Creating High Performing Organizations (2006).[http://www.amazon.com/gp/pdp/profile/A34W7KBHWQ90HC Amazon.com: Profile for Ken Blanchard]

Blanchard is the Chief Spiritual Officer of The Ken Blanchard Companies, an international management training and consulting firm that he and his wife, Marjorie Blanchard, cofounded in 1979 in San Diego, California.[http://www.barberusa.com/business/blanchard_kenneth_bio.html Change Management Speakers][http://www.harpercollins.com/authors/901/Ken_Blanchard/index.aspx Ken Blanchard from HarperCollins Publishers]

If you enjoy these quotes, be sure to check out other famous businessmen! More Ken Blanchard on Wikipedia.

The best way to teach people is by telling a story.

I once heard profit is the applause you get for taking care of customers and your people. 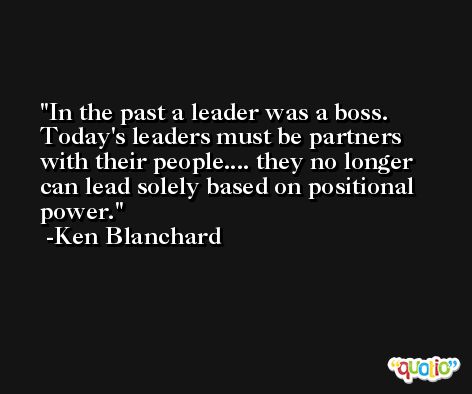 For a manager to be perceived as a positive manager, they need a four to one positive to negative contact ratio. 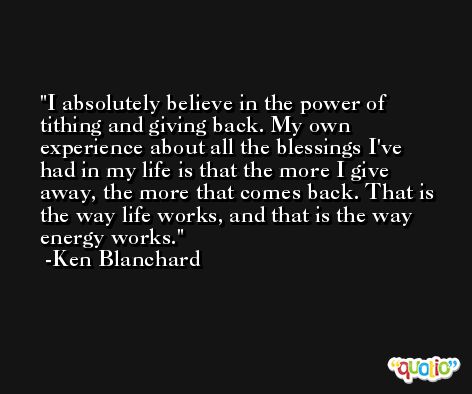 The first principle of ethical power is Purpose. By purpose, I don't mean your objective or intention-something toward which you are always striving. Purpose is something bigger. It is the picture you have of yourself-the kind of person you want to be or the kind of life you want to lead.

Too many leaders act as if the sheep... their people... are there for the benefit of the shepherd, not that the shepherd has responsibility for the sheep. 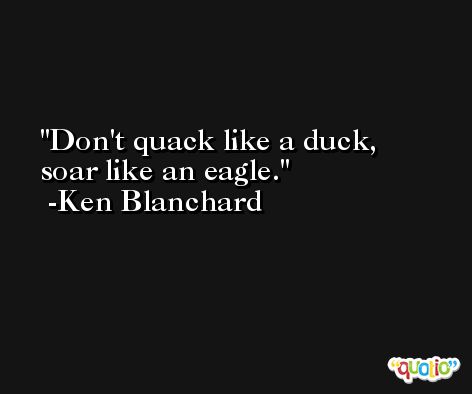