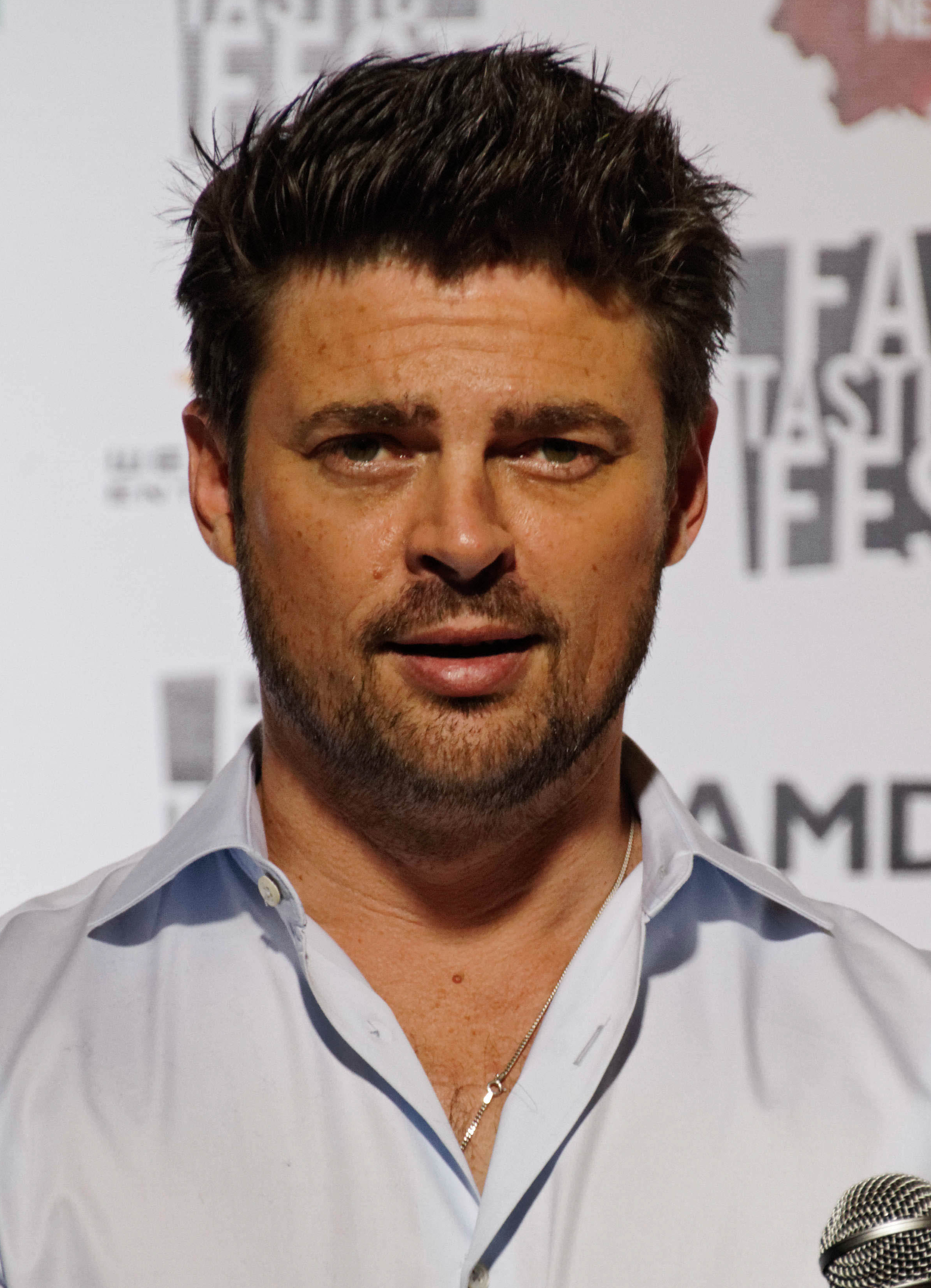 If you enjoy these quotes, be sure to check out other famous actors! More Karl Urban on Wikipedia.

That's always an interesting concept when you try to make your dream into a reality and you come up against the facts of exactly what it is you're attempting to do.

I did a little theatre work after that and the following year I got another part in a television series. Then it was almost to the end of the year before I got more work. That was coming to terms with the reality of the vocation I had chosen. 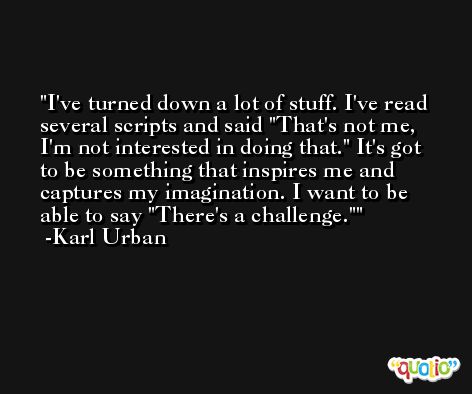 It's wonderful that people who watch and follow the shows take time to come see us, and I really do appreciate it. I'm quite blown away.

There's only so much you can do until you get on set and see the aesthetics of what you're dealing with. Then you see what the other players are giving to you. It's all about the transfer of energy between different actors. 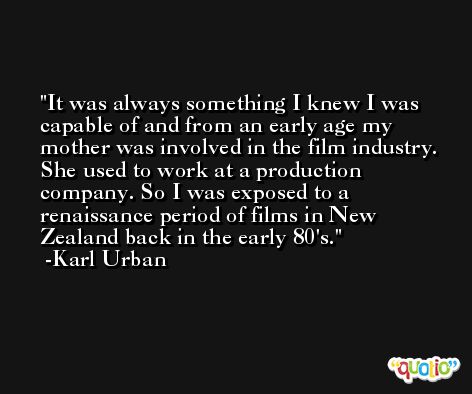 I'll need every ounce that I have to drive it through. Film and TV require that energy. Sometimes fight scenes can be pretty intense. When I was shooting "Heaven" it was truly guerrilla film-making.

I don't see a benefit in accepting every single little morsel of work that comes along because I think in essence what you're doing is you're raping yourself really. 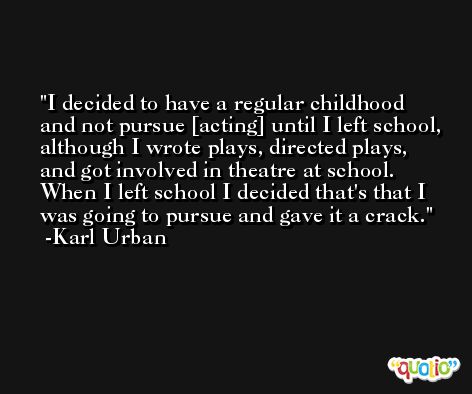