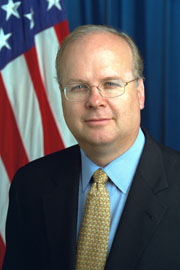 "Karl Christian Rove" is an American Republican Party (United States)/Republican political consulting/political consultant and policy advisor. He was Senior Advisor and White House Deputy Chief of Staff/Deputy Chief of Staff during the George W. Bush administration until Rove's resignation on August 31, 2007. He has also headed the Office of Political Affairs, the Office of Public Liaison, and the White House Office of Strategic Initiatives. Since leaving the George W. Bush administration/White House, Rove has worked as a political analyst and contributor for Fox News, Newsweek and The Wall Street Journal.

If you enjoy these quotes, be sure to check out other famous politicians! More Karl Rove on Wikipedia.

Come on, everybody. Go Howard Dean!

Cindy Sheehan is a clown. There is no real antiwar movement. No serious politician, with anything to do with anything, would show his face at an antiwar rally. 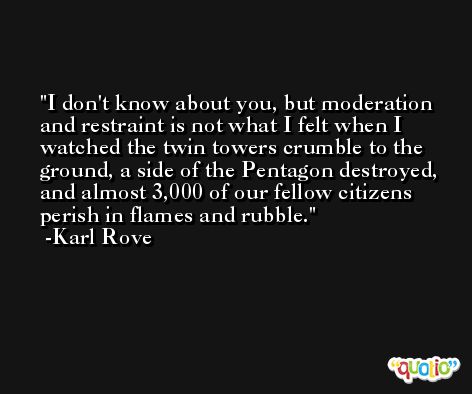 At the core, we are dealing with two parties that have fundamentally different views of the world.

[Bush's top aides debated whether to keep the President above the fray during the midterms--] to protect him, ... As far as Bush was concerned, the real risk would have been to sit on his hands when he had the opportunity to make the difference in some very close races. He and Karl were completely in synch. 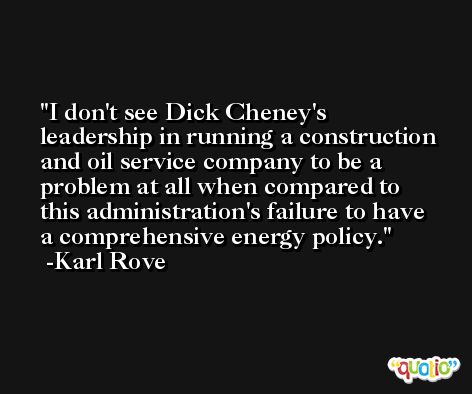