"Jules Gabriel Verne" was a French people/French novelist, poet, and playwright best known for his adventure novels and his profound influence on the literary genre of science fiction.

Verne was born to bourgeois parents in the seaport of Nantes, where he was trained to follow in his father's footsteps as a lawyer, but quit the profession early in life to write for magazines and the stage. His collaboration with the publisher Pierre-Jules Hetzel led to the creation of the Voyages Extraordinaires, a widely popular series of scrupulously researched adventure novels including Journey to the Center of the Earth, Twenty Thousand Leagues Under the Sea, and Around the World in Eighty Days.

Verne is generally considered a major literary author in France and most of Europe, where he has had a wide influence on the literary avant-garde and on surrealism. His reputation is markedly different in English-speaking world/Anglophone regions, where he has often been labeled a writer of genre fiction or children's books, not least because of the highly abridged and altered Jules Verne#English translations/translations in which his novels are often reprinted.

If you enjoy these quotes, be sure to check out other famous writers! More Jules Verne on Wikipedia.

He believed in it, as certain good women believe in the leviathan--by faith, not by reason.

Whatever one man is capable of conceiving, other men will be able to achieve. 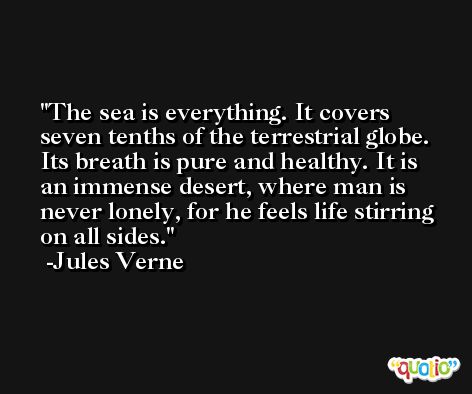 We may brave human laws, but we cannot resist natural ones.

Ah, pierce me 100 times with your needles fine and I will thank you 100 times, Saint Morphine, you who Aeseulapus has made a God. 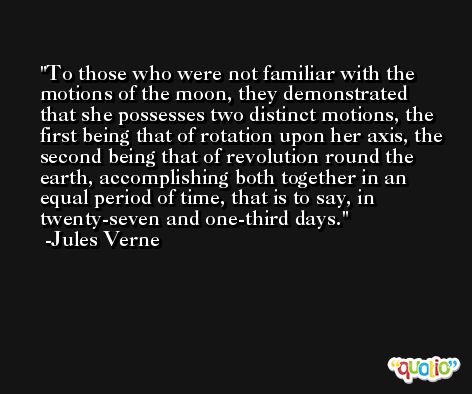 Science, my lad, is made up of mistakes, but they are mistakes which it is useful to make, because they lead little by little to the truth.

The resolutions passed at the last meeting produced a great effect out of doors. Timid people took fright at the idea of a shot weighing 20,000 pounds being launched into space; they asked what cannon could ever transmit a sufficient velocity to such a mighty mass. 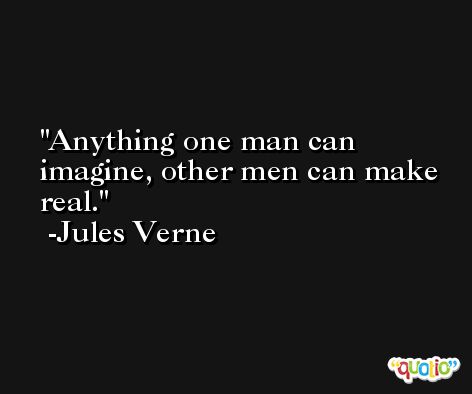