"Joy Page" was an United States/American actress best known for her role as the Bulgarian bride Annina Brandel in the film Casablanca (film)/Casablanca (1942).

Born "Joy Cerrette Paige", she was the daughter of Mexican-American silent film star Don Alvarado (born José Paige) and Ann Boyar (1908–1990), the daughter of Russian Jewish immigrants. Her parents divorced when she was eight.

In 1936, her mother married Jack Warner, then head of Warner Bros. studios. Warner, however, did not encourage his stepdaughter's interest in acting. Page, who initially thought the script to Casablanca was "old fashioned" and "cliched", landed the role on her own and Warner reluctantly approved. She was only seventeen and fresh out of high school.

If you enjoy these quotes, be sure to check out other famous actresses! More Joy Page on Wikipedia.

Dream and give yourself permission to envision a You that you choose to be. 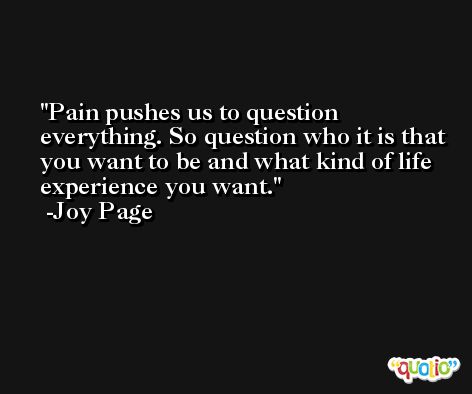 Freewill means that the Universe never judges, never interferes with your own choices - and sees you as a being of equal creative power.

If every year is a marble, how many marbles do you have left? How many sunrises, how many opportunities to rise to the full stature of your being? 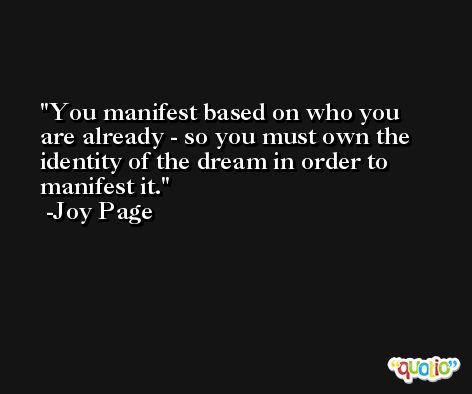 This is a grand test for our souls; can we remember and keep the soul-truth - no matter what our lives seem to be telling us? The truth that we are powerful, worthy and love - no matter what!

Sometimes all it takes to change a life is to decide which beliefs do not serve you and to literally change your mind about those beliefs. 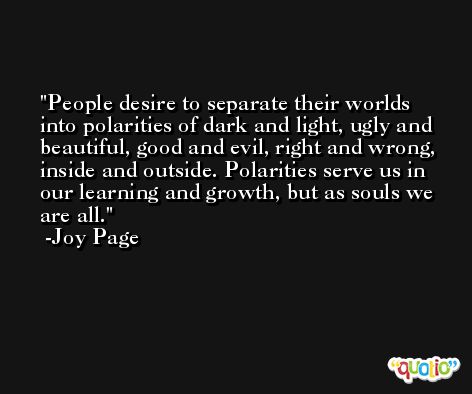