"Jorge Francisco Isidoro Luis Borges" Knight Commander of the Order of the British Empire/KBE (24 August 1899 – 14 June 1986), was an Argentine people/Argentine short-story writer, essayist, poet and translator, and a key figure in Spanish literature/Spanish language literature. His work embraces the "character of unreality in all literature". His best-known books, Ficciones (Fictions) and The Aleph (short story collection)/The Aleph (El Aleph), published in the 1940s, are compilations of short stories interconnected by common themes, including dreams, labyrinths, libraries, mirrors, fictional writers, philosophy, and religion.

If you enjoy these quotes, be sure to check out other famous poets! More Jorge Luis Borges on Wikipedia.

My father and he had one of those English friendships which begin by avoiding intimacies and eventually eliminate speech altogether.

I cannot walk through the suburbs in the solitude of the night without thinking that the night pleases us because it suppresses idle details, just as our memory does. 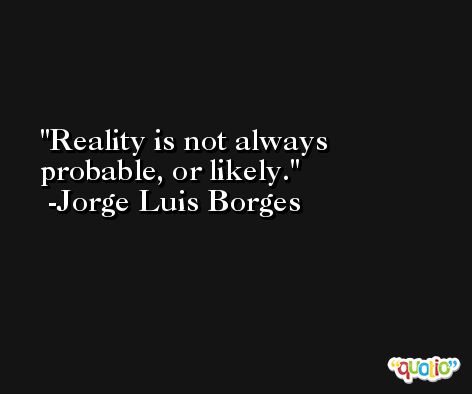 Life itself is a quotation.

I have always imagined that Paradise will be a kind of library. 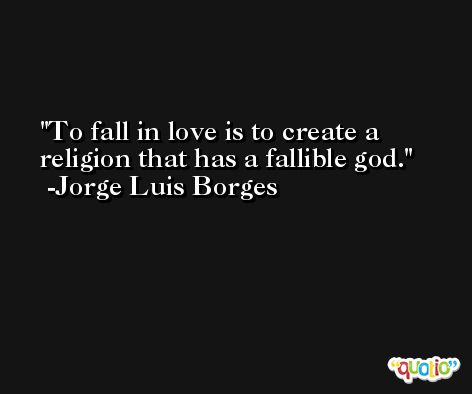 I cannot sleep unless I am surrounded by books. 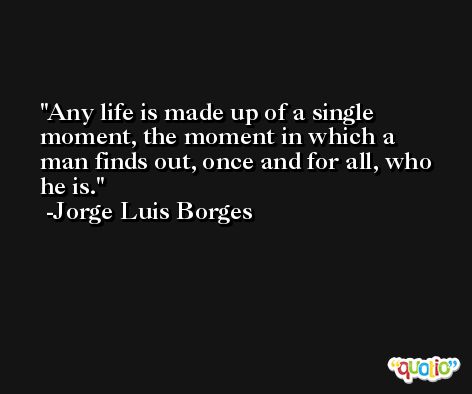 Any life, no matter how long and complex it may be, is made up of a single moment - the moment in which a man finds out, once and for all, who he is.

To die for a religion is easier than to live it absolutely.

There is a concept which corrupts and upsets all others. I refer not to Evil, whose limited realm is that of ethics; I refer to the infinite.