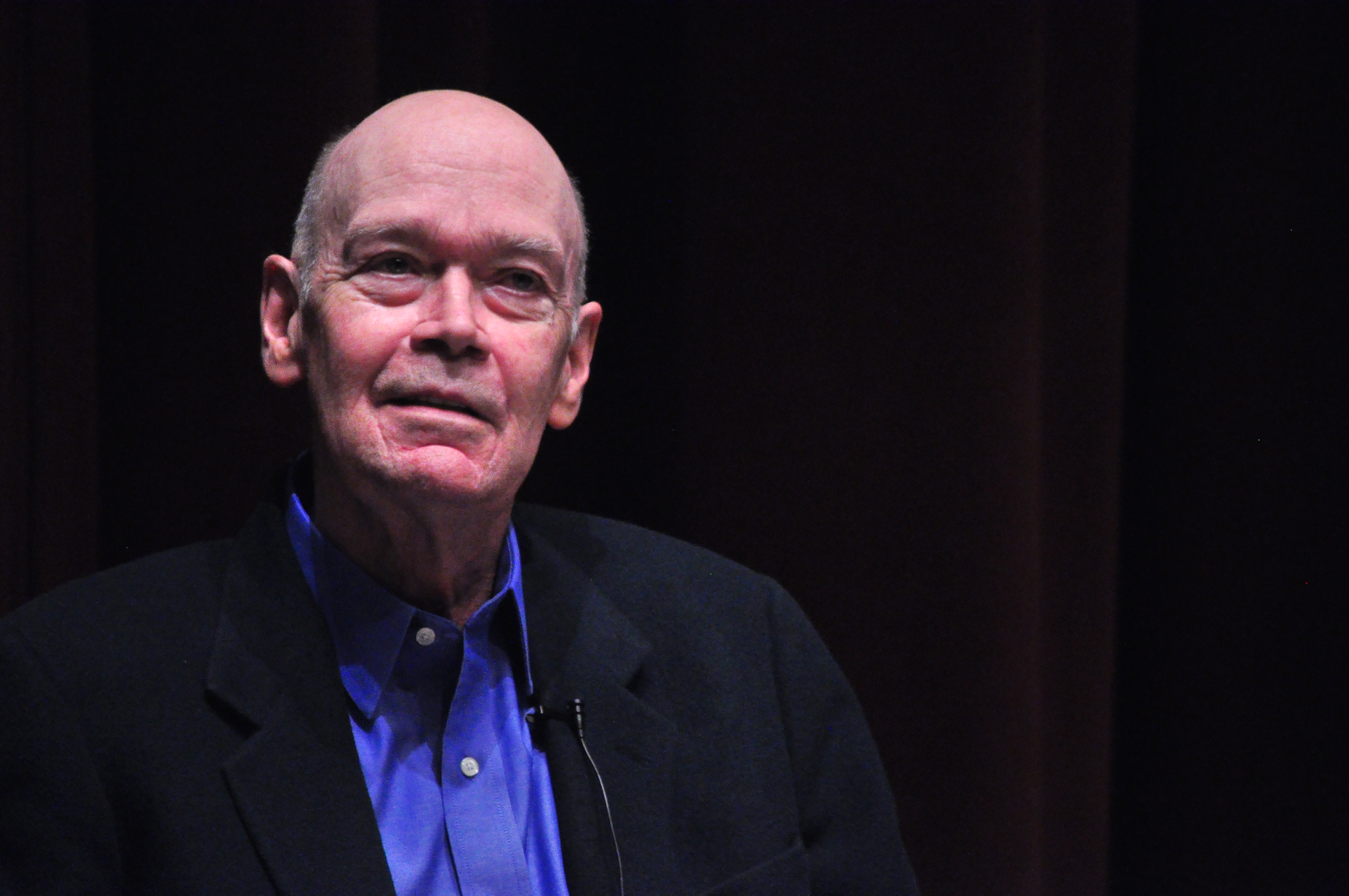 "Jonathan Raban" is a British travel writer and novelist. He has received several awards, such as the National Book Critics Circle Award, The Royal Society of Literature's Heinemann Award, the Thomas Cook Travel Book Award, the PEN West Creative Nonfiction Award, the Pacific Northwest Booksellers Association Award, and a 1997 Washington State Book Award/Washington State Governor's Writer's Award. Since 1990 he has lived with his daughter in Seattle.

Though he is primarily regarded as a travel writer, Raban’s accounts often blend the story of a journey with rich discussion of the history of the water through which he travels and the land around it. Even as he maintains a dispassionate and often unforgiving stance towards the people he meets on his travels, he does not shirk from sharing his own perceived foibles and failings with the reader. Frequently, Raban’s autobiographical accounts of journeys taken mirror transformations in his own life or the world at large: Old Glory: An American Voyage/Old Glory takes place during the buildup to Ronald Reagan’s victory in the 1980 presidential election, Coasting as the Falklands War begins, and Passage to Juneau as the failure of the author’s marriage becomes apparent. Similarly melancholic and personal themes of turmoil and loss can be detected in his novels.

If you enjoy these quotes, be sure to check out other famous writers! More Jonathan Raban on Wikipedia.

The only nation I've ever been tempted to feel really racist about are the Swiss - a whole country of phobic hand washers living in a giant Barclays Bank.

My Holy War: Dispatches from the Home Front. 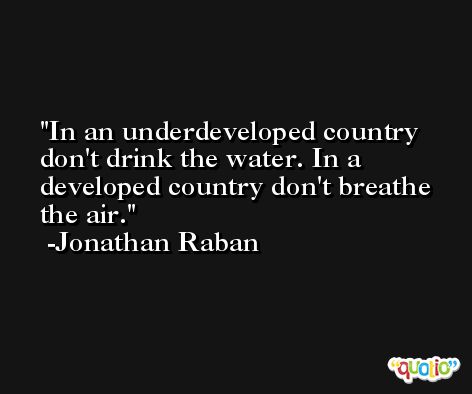 One of the oddest features of western Christianized culture is its ready acceptance of the myth of the stable family and the happy marriage. We have been taught to accept the myth not as an heroic ideal, something good, brave, and nearly impossible to fulfil, but as the very fiber of normal life. Given most families and most marriages, the belief seems admirable but foolhardily.

There's an enduring American compulsion to be on the side of the angels. Expediency alone has never been an adequate American reason for doing anything. When actions are judged, they go before the bar of God, where Mom and the Flag closely flank His presence. 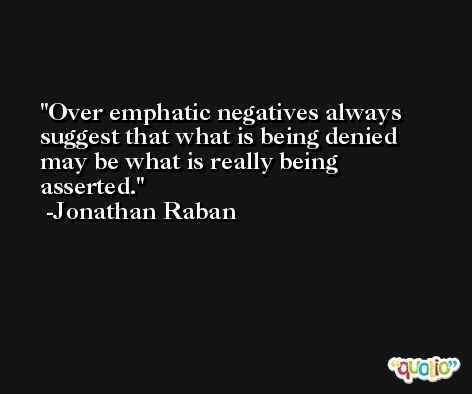