"Jonathan Orr" is a former American football wide receiver who played for the National Football League/NFL's Oakland Raiders and Tennessee Titans. He was drafted in the sixth round, pick 172 of the 2006 NFL Draft by the Titans. He played college football at the University of Wisconsin–Madison.

I identified some needs people had and I didn't see anything (fulfilling) those needs. I just wanted to offer alternatives on weekends, non-alcoholic stuff for people interested. A lot of people who were tired of doing the same thing.

There's a few times where you see grown men act like little kids. That's definitely one of them. 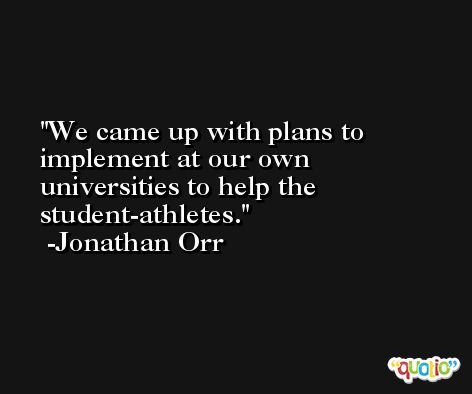 I haven't touched it yet, ran around the field with it or anything. I want to just save it for my senior year so it will be that much more special.

Those are some of the key aspects of Christianity that help bring about change in somebody's life. It started off as Bible study. That is where most of my free time goes. 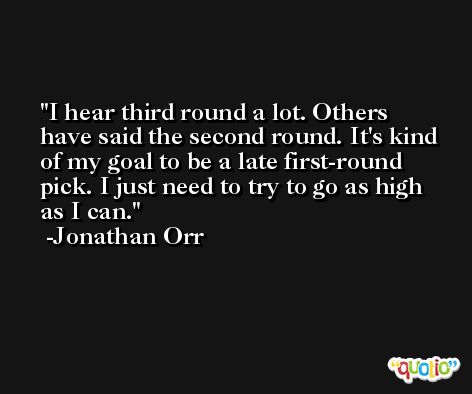