"John R." ""Johnny"" "Cash" was a singer-songwriter, actor, and author, widely considered one of the most influential Americans/American musicians of the 20th century.

Cash was known for his deep bass-baritone voice,}} the distinctive sound of his The Tennessee Three/Tennessee Three backing band, a rebelliousness coupled with an increasingly somber and humble demeanor, free prison concerts, and trademark look, which earned him the nickname "The Man in Black".}} He traditionally began his concerts with the simple "Hello, I'm Johnny Cash."}}, followed by his signature "Folsom Prison Blues".

If you enjoy these quotes, be sure to check out other famous musicians! More Johnny Cash on Wikipedia.

How well I have learned that there is no fence to sit on between heaven and hell. There is a deep, wide gulf, a chasm, and in that chasm is no place for any man.

The Master of Life's been good to me. He has given me strength to face past illnesses, and victory in the face of defeat. He has given me life and joy where other saw oblivion. He Has given new purpose to live for, new services to render and old wounds to heal.Life and love go on, let the music play. 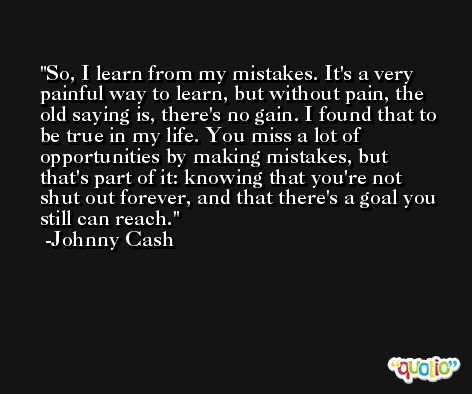 I'd like to wear a rainbow every day, and tell the world that everything is o.k. But I'll try to carry off a little darkness on my back. Until things are brighter, I'm the Man in Black.

For you I know I'd even try to turn the tide. 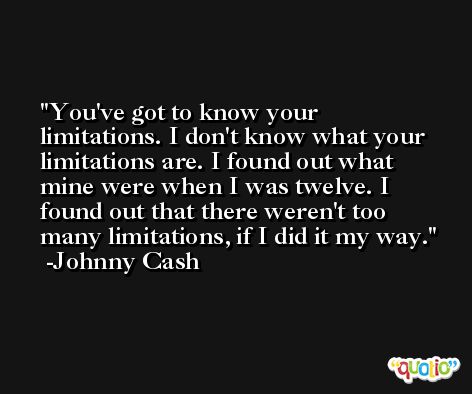 Success is having to worry about every damn thing in the world, except money.

Because you're mine/ I walk the line. 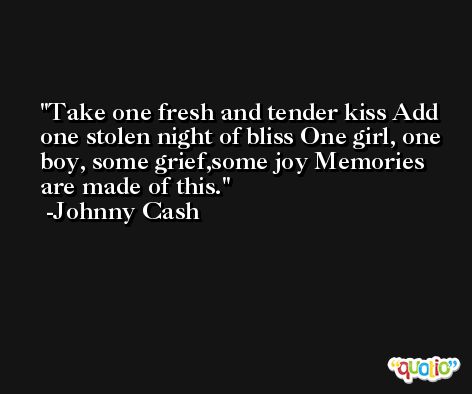