If you enjoy these quotes, be sure to check out other famous directors! More John Wooten on Wikipedia.

Harry has done enough. He has spent much of the last two months going back and forth between Florence and Savannah. He is handling this exceptionally well.

If anybody thinks this thing has changed, they need to deal with it day to day. 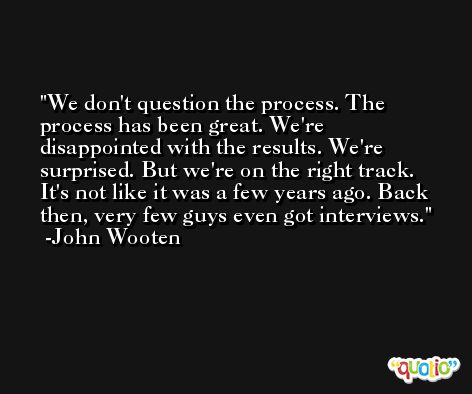 He showed me those who came back without arms and legs. Sometimes, I was so depressed they couldn't get me out of bed, so he would pick me up and swing me around. He would taunt me and tell me to quit feeling sorry for myself. My focus was on being mad at him. It got my mind off my disability.

I told Harry he had earned the honor so why take your name off the list when deep down in your heart you know you want to get in some day. I think Harry has learned from the experience. 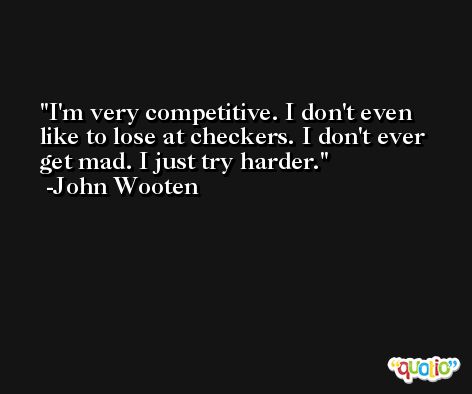 I don't see that it has to have the same type of fine as the coaches' rule has [but] there probably should be a penalty.

We'll come up with something, ... It has to have teeth. It has to be enforceable. To me, what happened in Miami is embarrassing to the league. . . . As I said to [Rooney], we've got too many people working too hard to make this work to have one or two teams doing these shenanigans.